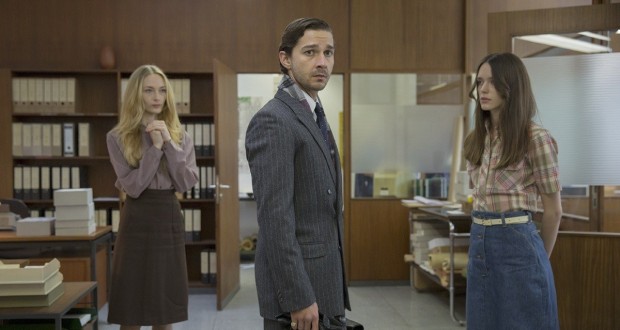 Yeah, yeah, here comes a brand new international trailer for Lars von Trier‘s upcoming Nymphomaniac, and as you’re about to see – it mainly focuses on Shia LaBeouf‘s character Jerôme. Or, at least we like his advice: “When you buy a tiger, you also have to feed it. Satisfy it, right?” Hm, sounds interesting, head inside to check him out…

We will once again remind you that this wild, poetic drama is both written and directed by von Trier, and is divided into two parts.

In case you’ve missed our previous reports, we definitely recommend you to check out another red-band trailer, clips, some great character posters (and official posters for the movie) as well as 20 stills from the upcoming sex epic.

Let us know what you think about the latest video & stay tuned for more updates!

PREVIOUS ARTICLE
X-MEN: DAYS OF FUTURE PAST Reveals 4 New Images
NEXT ARTICLE
Don’t Miss First Trailer & Poster For THE FAULT IN OUR STARS