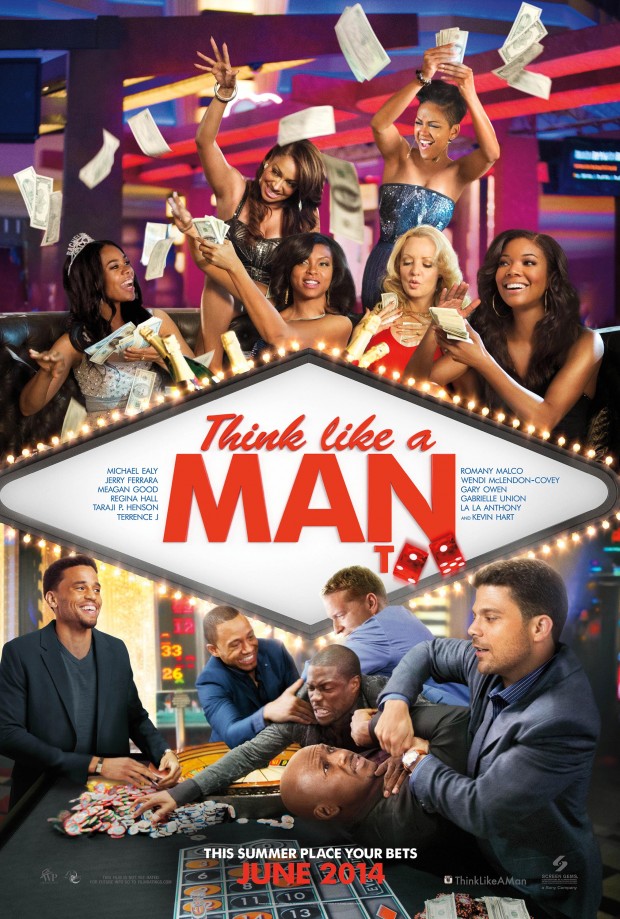 The poster and trailer have been release for our upcoming movie Think Like A Man Too.

In the highly anticipated  Think Like A Man sequel (2012), which was inspired by Steve Harvey’s best-selling book “Act Like a Lady, Think Like A Man,” all the couples are back for a wedding in Las Vegas. But plans for a romantic weekend go awry when their various misadventures get them into some compromising situations that threaten to derail the big event.