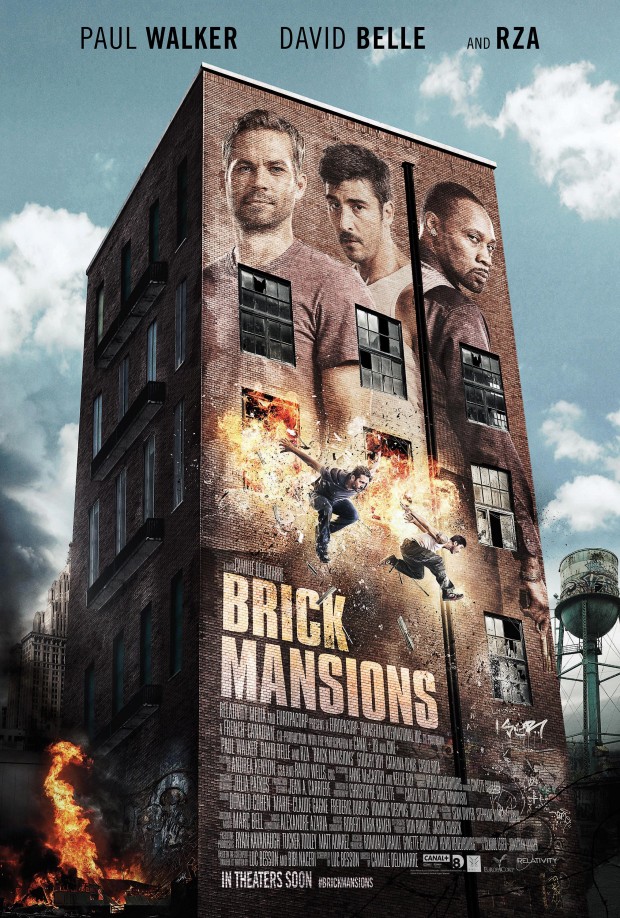 Check out the new trailer and poster for Relativity’s upcoming film, Brick Mansions, starring Paul Walker, RZA and David Belle .  Get ready for an action-packed event with thrilling parkour stunts! The film is written by Luc Besson and directed by Camille Delamarre. 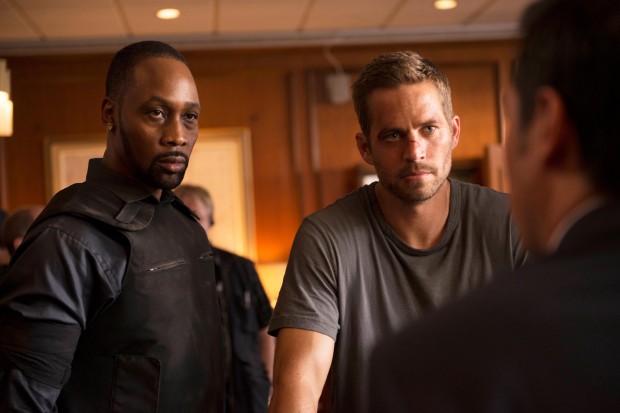 In a dystopian Detroit, abandoned brick mansions left from better times now house only the most dangerous criminals. Unable to control the crime, the police constructed a colossal containment wall around this area to protect the rest of the city. For undercover cop Damien Collier (Paul Walker) every day is a battle against corruption. For Lino (David Belle), every day is a fight to live an honest life. Their paths never should have crossed, but when drug kingpin, Tremaine (RZA) kidnaps Lino’s girlfriend, Damien reluctantly accepts the help of the fearless ex-convict, and together they must stop a sinister plot to devastate the entire city. With stylized action featuring thrilling Parkour stunts (David Belle is the co-founder of this physical training discipline), Brick Mansions puts an entertaining twist on the action genre. Brick Mansions opens in theaters nationwide on April 25th, 2014.
Category Movie Trailers Tags :
Brick Mansions

PREVIOUS ARTICLE
THE PURGE: ANARCHY Teaser Trailer, Photos and Poster
NEXT ARTICLE
THINK LIKE A MAN TWO Trailer and Poster