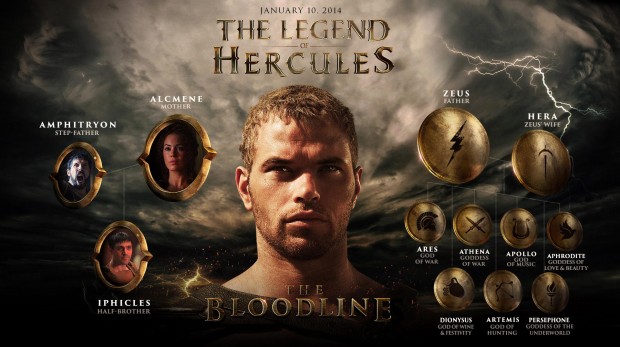 THE LEGEND OF HERCULES Infographic

After yesterday’s TV spot for The Legend of Hercules, here comes a brand new trailer for the upcoming epic adventure with Kellan Lutz as the titular mythological hero! But, as you already see from our title – it’s not all, ’cause we also want you take a look at one pretty cool infographic, where you’ll find all important details about the bloodlines and legacy of Hercules. Head inside to check it out…

Directed by Renny Harlin and also starring Gaia Weiss, Scott Adkins, Roxanne McKee and Liam Garrigan, the movie takes us into the world of Ancient Greece 1200 B.C. and tells us the origin story of the mythical Greek hero.

Betrayed by his stepfather, the King, and exiled and sold into slavery this prince knows nothing of his real identity or his destiny. He desires only one thing: the love of Hebe, Princess of Crete, who has been promised to his own brother. When Hercules learns of his greater purpose, he must choose: to flee with his true love or to fulfill his destiny and become the true hero of his time.

As usual – click on this image to enlarge & let us know what you think about the new trailer!

THE LEGEND OF HERCULES Infographic