Here’s the official trailer for Relativity Media’s sci-fi adventure Earth To Echo, which is set to hit theaters this spring. Described as an epic, suspenseful and exciting journey that will change our lives forever, the movie comes from director Dave Green and follows a group of friends who investigate a series of bizarre text messages they receive after a construction project begins in their neighborhood. Take a look! Green directed the whole thing from a script written by Henry Gayden and Andrew Panay, which revolves around best friends Tuck (played by Astro), Munch (Reese Hartwig) and Alex (Teo Halm) who, after a construction project begins, inexplicably begin to receive strange, encoded messages on their cell phones. Here’s the rest of the plot:

Convinced something bigger is going on, they go to their parents and the authorities. When everyone around them refuses to take the messages seriously, the three embark on a secret adventure to crack the code and follow it to its source. But taking matters into their own hands gets the trio in way over their heads when they discover a mysterious being from another world who desperately needs their help…

Also starring Ella Wahlestedt, Jason Gray-Stanford, Cassius Willis and Drake Kemper, the movie is set to open on April 25th, 2014. Looks good, or what? Let us know, and stay tuned for more updates! 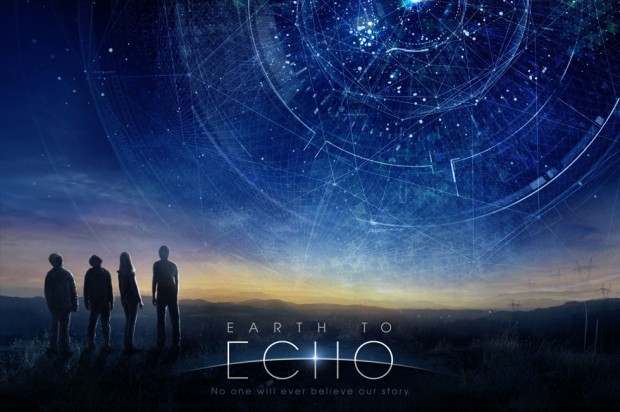 PREVIOUS ARTICLE
New Poster For THE HOBBIT: THE DESOLATION OF SMAUG, Opening Tomorrow
NEXT ARTICLE
THE LEGEND OF HERCULES Reveals New Trailer & Infographic