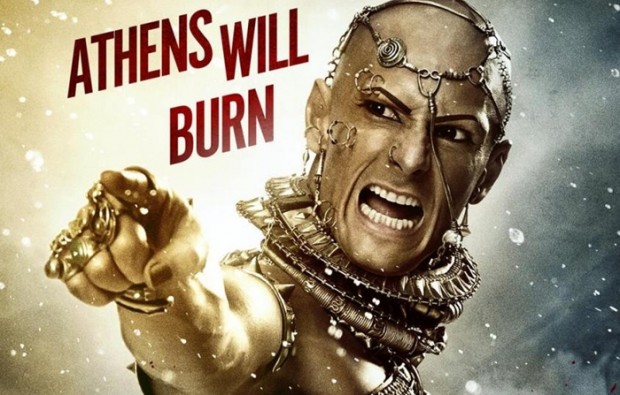 And the latest character poster for 300: Rise of an Empire is all about Xerxes, who has a little message for all his fans: Athens will burn! Sounds like a warning actually. Anyway, we will right here at the beginning remind you that this is the fifth poster for Noam Murro‘s upcoming sequel, and in case you’ve missed the previous reports, here’s Artemisia, Calisto, Queen Gorgo and Themistokles.

The movie, set to hit theaters on March 7th, 2014, takes the action to a fresh battlefield—on the sea, and follows Greek general Themistokles, played by Sullivan Stapleton, who fights against the massive invading Persian forces led by Santoro’s mortal-turned-god and Eva Green‘s vengeful commander of the Persian navy.

As usual – click on the poster to enlarge & stay tuned for more posters! 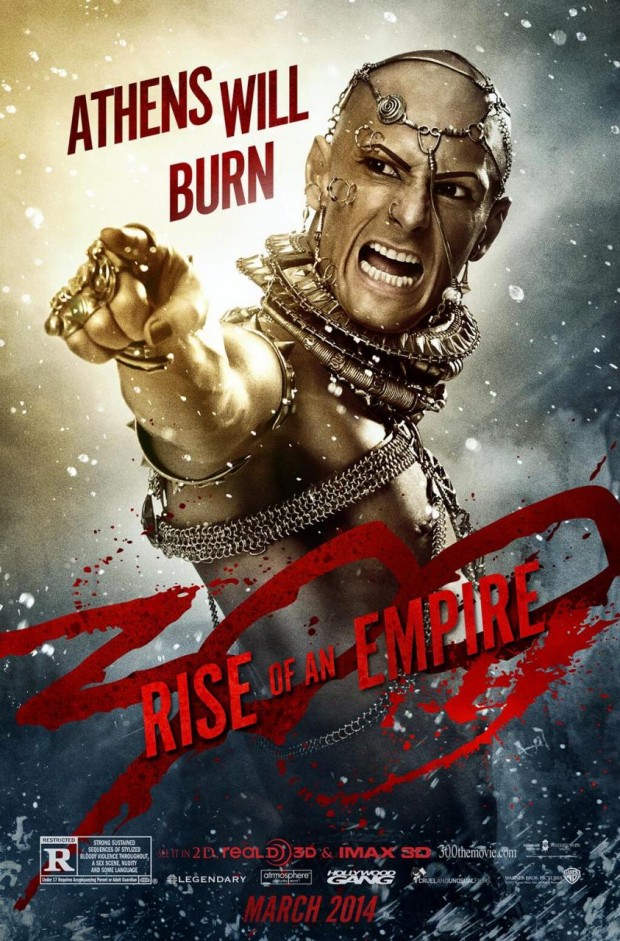