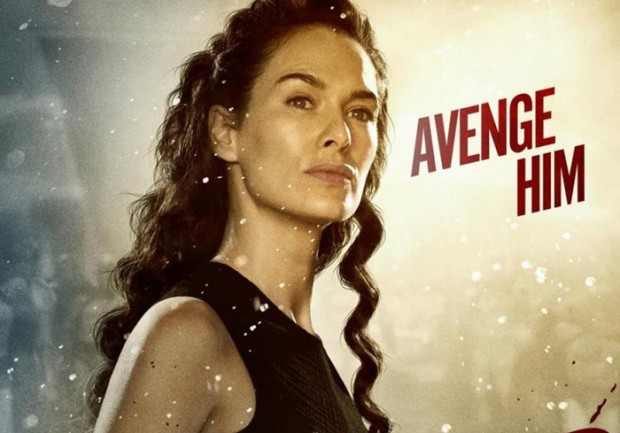 The latest character poster for 300: Rise of an Empire is all about Lena Headey and her Queen Gorgo! Avenge him – says the Spartan wife of King Leonidas, and as you already had a chance to see from the official trailer for the Noam Murro-directed pic, avenge this time means even more blood…

Written by Zack Snyder and Kurt Johnstad, and based on Frank Miller‘s latest graphic novel Xerxes, this new chapter of the epic saga takes the action to a fresh battlefield – on the sea!

In other words, Sullivan Stapleton portrays Greek general Themistokles who attempts to unite all of Greece by leading the charge that will change the course of the war.

But that’s not going to be an easy job, ’cause on the other hand we have the massive invading Persian forces led by Rodrigo Santoro‘s mortal-turned-god Xerxes and Eva Green‘s vengeful commander of the Persian navy Artemesia. 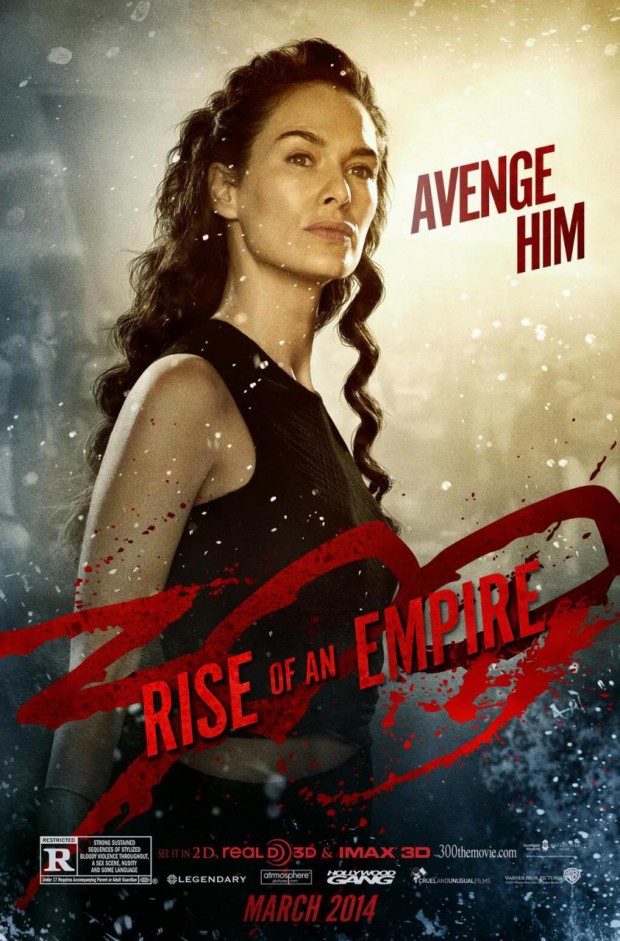