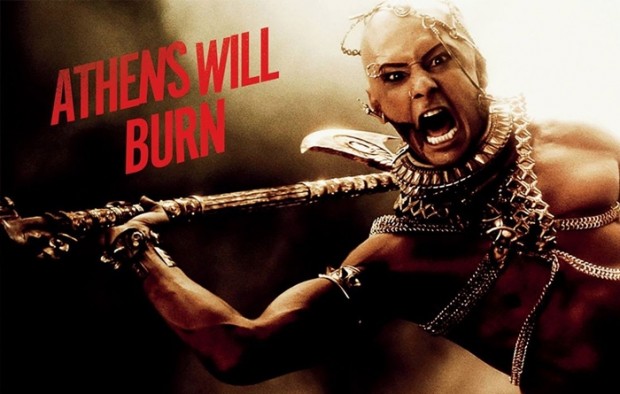 Yet another banner for 300: Rise Of An Empire has arrived just in time to remind you that Xerxes, aka ruthless Persian emperor played by Rodrigo Santoro, is more than ready to attack Themistokles and his crew. Or, as this new image says: Athens will burn! Head inside to check him out & let us know what you think…

You already know all important details (if not, check out the latest trailer, more banners, some great character posters and TV spots for the pic)  but we will once again remind you that Noam Murro‘s epic action adventure takes the action on the sea, and follows:

…Greek general Themistokles who attempts to unite all of Greece by leading the charge that will change the course of the war. The movie pits Themistokles against the massive invading Persian forces led by mortal-turned-god Xerxes, and Artemesia, vengeful commander of the Persian navy.

As usual – click on this banner to enlarge & stay tuned for even more updates!