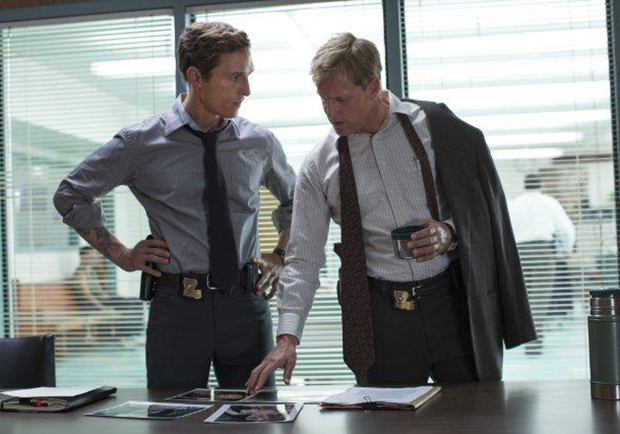 McConaughey really pissed off Harrelson in this one – nothing new – Woody Harrelson‘s Martin Hart and Matthew McConaughey’s Rust Cohle are two deeply conflicted detectives with opposing philosophies. Here’s a brand new clip from the third episode of True Detective, so, check it out for yourself. The next episode for this truly great and totally different cop show is titled The Locked Room and here’s the official synopsis for this one:

A hidden image at the burned-out church leads Cohle and Hart to Joel Theriot, a tent-revival minister whose parishioners finger a scarred “tall man” seen with Dora Lange. Brought in for interrogation, a sex offender matching the description is quickly dismissed by Cohle, despite offering a confession. Hart gets sidetracked after Maggie sets Cohle up with a friend at a C&W bar. Looking to establish a pattern of murder, Cohle pores over old case files, finding a connection with a woman assumed to have drowned years earlier.

PREVIOUS ARTICLE
HOW TO TRAIN YOUR DRAGON 2 Reveals Fishlegs Poster
NEXT ARTICLE
HELIX Clip and Photos from The White Room 1.05