As you know, the new hotly anticipated series True Detective debuts Sunday, January 12th on HBO. So today, we have this great poster for the show starring Matthew McConaughey and Woody Harrelson. True Detective stars McConaughey and Harrelson as Louisiana detectives Rust Cohle and Martin Hart, whose lives collide and entwine during a 17-year hunt for a killer, ranging from the original investigation of a bizarre murder in 1995 to the reopening of the case in 2012. Michelle Monaghan also stars as Hart’s wife, Maggie, who struggles to keep her family together as the men in her life become locked in a cycle of violence and obsession. Alexandra Daddario is also featured as Lisa Tragnetti, a court reporter and mistress of Hart’s. Written by Nic Pizzolatto and directed by Cary Fukunaga, who are executive producers along with Steve Golin and Scott Stephens, the show stars on Sunday, January 12th (9:00-10:00 p.m. ET/PT). 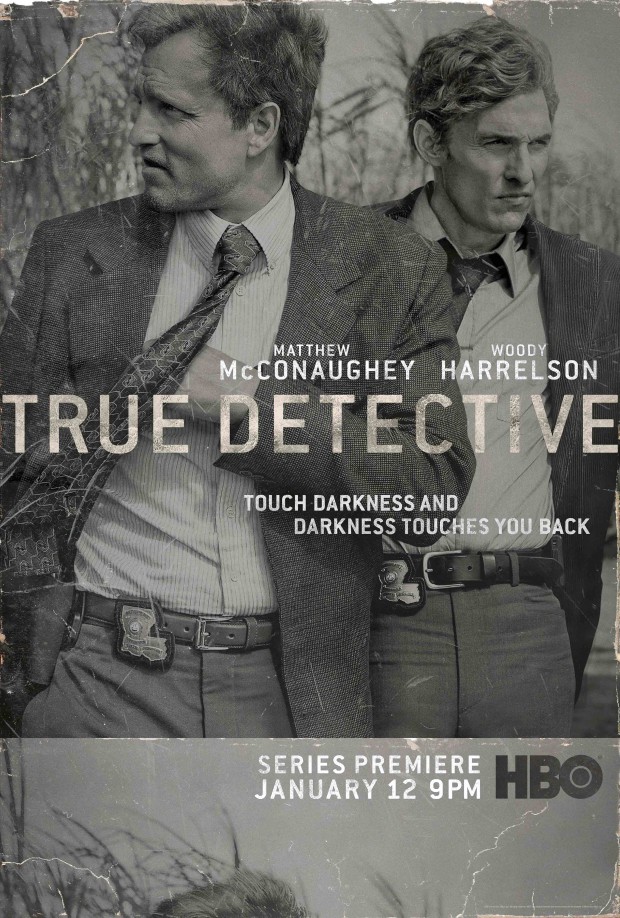