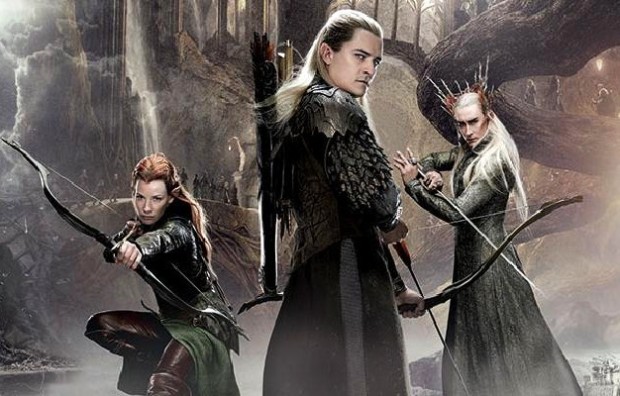 Here comes a brand new banner for The Hobbit: The Desolation of Smaug, which opens this December. A massive image, but at least we have another look at Bilbo, Gandalf, Thranduil, Legolas, Tauriel and Bard the Bowman, head inside to check them all out! As usual, we will once again remind you that director Peter Jackson stands behind the second installment of a three-part film series based on J. R. R. Tolkien‘s 1937 novel, which follows the Dwarves, Bilbo and Gandalf who all continue their journey to get their gold back from the Dragon, Smaug. In case you’ve missed our previous reports, now is the perfect moment to check out the latest trailer, TV spots and more banners from the upcoming action adventure. And in case you want to read the official synopsis once again:

The movie continues the adventure of the title character Bilbo Baggins as he journeys with the Wizard Gandalf and thirteen Dwarves, led by Thorin Oakenshield, on an epic quest to reclaim the lost Dwarf Kingdom of Erebor.