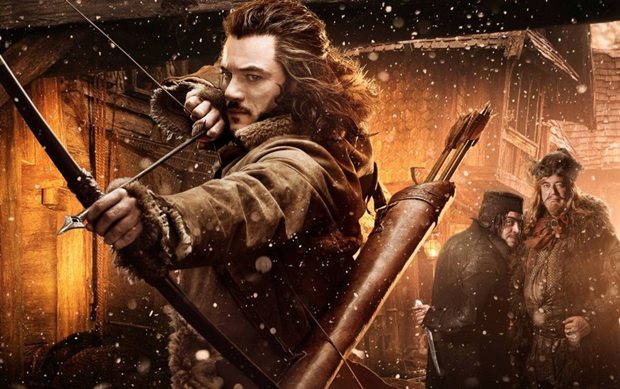 Two new character banners for The Hobbit: The Desolation of Smaug have arrived just in time to remind us that the upcoming action adventure is not all about Bilbo and his great-looking Dwarves! Check out the rest of this report to take a much better look at Thranduil, played by Lee Pace, and Bard the bowman, played by Luke Evans…

We will once again remind you that an upcoming epic fantasy adventure film is co-written, produced and directed by Peter Jackson, and follows The Dwarves, Bilbo and Gandalf as they continue their journey to get their gold back from the Dragon, Smaug.

The second in a trilogy of films adapting the enduringly popular masterpiece The Hobbit, by J.R.R. Tolkien, the movie continues the adventure of the title character Bilbo Baggins as he journeys with the Wizard Gandalf and thirteen Dwarves, led by Thorin Oakenshield on an epic quest to reclaim the lost Dwarf Kingdom of Erebor.

Don’t forget to click on these banners to enlarge & stay tuned for more updates!