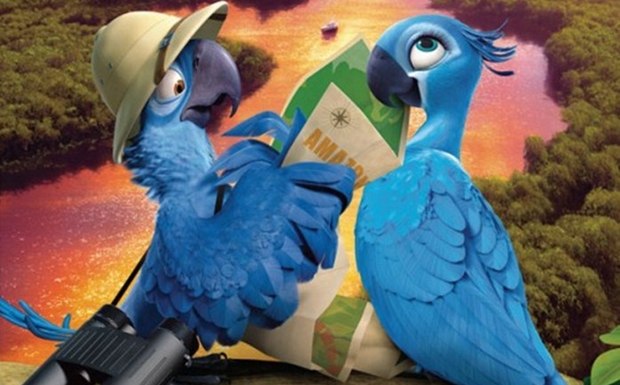 Two days ago we shared the full trailer and some great pics from the upcoming Rio 2 movie, and now we’re back to give you a much better at our favourite birds. Head inside to find two great character posters with chaotic Blu, exotic Jewel, villainous Nigel and venomous Gabi. Pretty cute, hope you’ll like it… Directed by Carlos Saldanha, and produced by Blue Sky Studios, the sequel to the 2011 film Rio revolves around Blu, Jewel and their three kids who, this time, leave their domesticated life in the city of Rio de Janeiro for a journey to the Amazon rainforest where they encounter a menagerie of characters born to be wild. Rio 2 is already set to hit theaters on April 11th, 2014, and in case you forgot, the movie has some pretty cool voice-cast on board which includes Jesse Eisenberg, Anne Hathaway, will.i.am, Jamie Foxx, George Lopez, Tracy Morgan, Jemaine Clement, Leslie Mann, Rodrigo Santoro, and Jake T. Austin. For those who may have missed the official synopsis:

Blu, Jewel and their three kids are living the perfect domesticated life in the magical city that is Rio de Janeiro. When Jewel decides the kids need to learn to live like real birds, she insists the family venture into the Amazon. As Blu tries to fit in with his new neighbors, he worries he may lose Jewel and the kids to the call of the wild.

Let us know what you think about these posters & stay tuned for more! 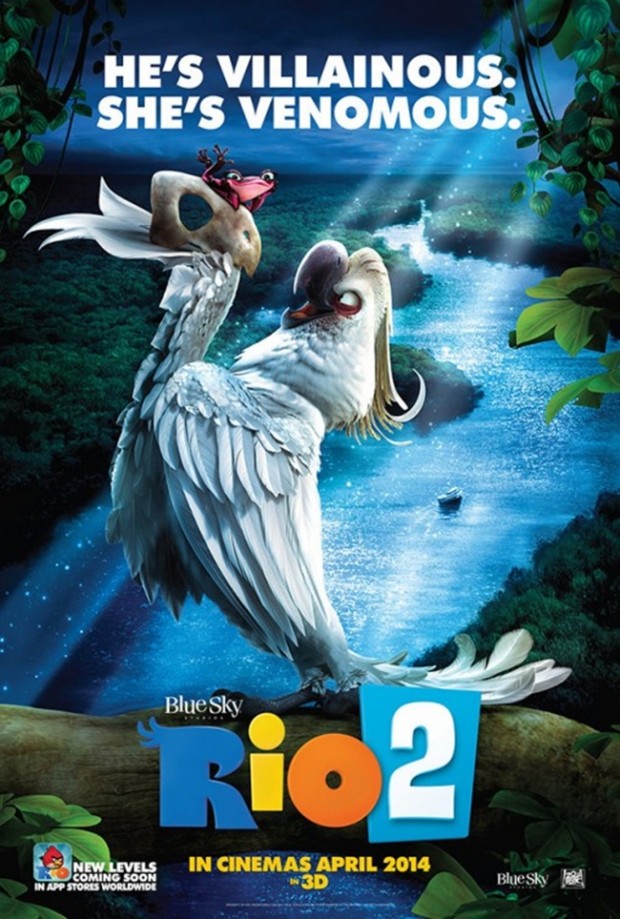