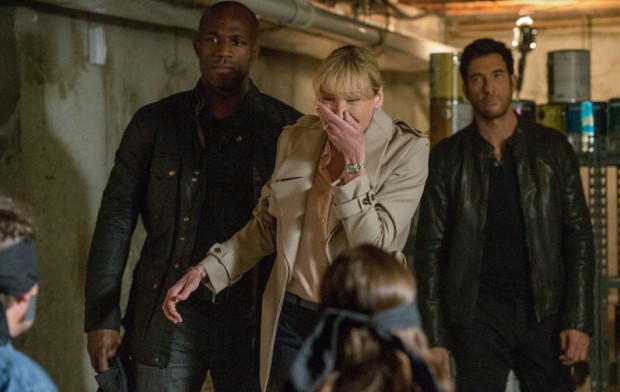 We’re here to share great promo trailer for Hostages, described as one of the most ambitious new shows from CBS. Pretty short videos, but at least it gives us a lot of action, and a much better look at Toni Collette and Dylan McDermott. Prepare to be taken hostage with these new promos and let us know what you think!

As we previously reported, the upcoming high-octane suspense drama comes from executive producer Jerry Bruckheimer and is based on a similar Israeli series created by Alon Aranya, Omri Givon, and Rotem Shamir.

It focuses on the family of a doctor, who will be doing surgery on the United States President, who is taken hostage by a rogue FBI agent. She is ordered by the kidnappers to assassinate the President in order to save her family.

In other words, Collette plays Dr. Ellen Sanders, a premiere surgeon who, together with her family, is held captive in their home by Duncan Carlisle (McDermott), a desperate man doing the wrong thing for the right reasons, who orders her to assassinate the President when she operates on him.

And, at the end of this report, little reminder – Hostages will premiere on September 23rd, 2013, on CBS. 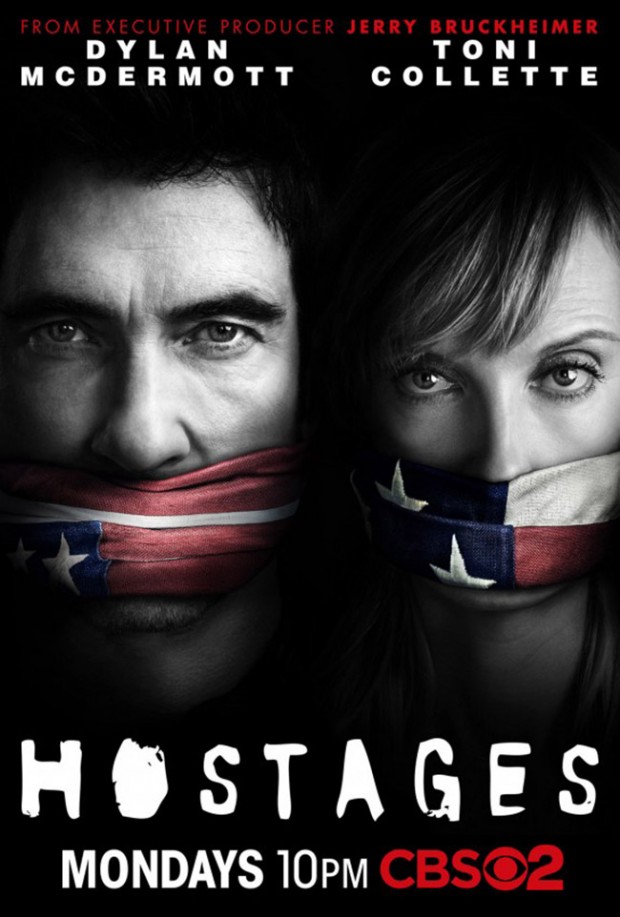