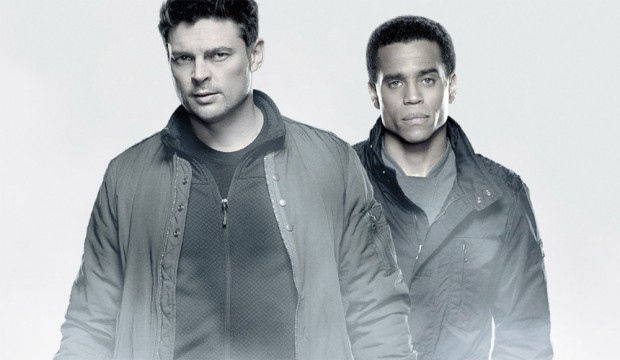 Fox has released a new teaser for the upcoming science fiction/crime drama Almost Human from executive producer J.J. Abrams and creator/executive producer J.H. Wyman. The series is set 35 years into the future when humans in the Los Angeles Police Department are paired up with life-like androids, as a detective who has a dislike for robots ends up being teamed up with one with emotions. Almost Human stars Karl Urban as John Kennex, Michael Ealy as Dorian, Lili Taylor as Captain Maldonado, Mackenzie Crook as Rudy Lom, Michael Irby as Richard Paul and Minka Kelly as Valerie Stahl. The show will follow the week-to-week missions of John and Dorian, as they fight crime across this futuristic landscape, while the mysteries surrounding his attack and the larger mythology of this new world unfold. Almost Human is scheduled to premiere on Monday, November 4, 2013.
Category TV Series Tags :
Almost HumanFeatured News