Danger and intrigue lurk around every dark castle corner in this story of a young Mary Queen of Scots. It’s a short description of the upcoming CW’s TV series, Reign. Today, we have a new teaser and synopsis for the first episode of the show. Check it out. Chronicles the rise to power of Mary Queen of Scots when she arrives in France as a 15-year-old, betrothed to Prince Francis, and with her three best friends as ladies-in-waiting. It details the secret history of survival at French Court amidst fierce foes, dark forces, and a world of sexual intrigue. Reign official synopsis for the episode:

After spending a childhood safely hidden away in a monastery, a teenage Mary Stuart (Adelaide Kane) arrives in France where she has been sent to secure Scotland’s strategic alliance by formalizing her arranged engagement to the French King’s dashing son, Prince Francis (Toby Regbo). Further complicating things is Bash (Torrance Coombs), Francis’ handsome, roguish half-brother and Francis’ mother, Queen Catherine (Megan Follows). When the strong-willed Queen learns of a prophecy that marriage to Mary will cost Francis his life, she is determined to save her son, no matter how many others have to pay with their lives. 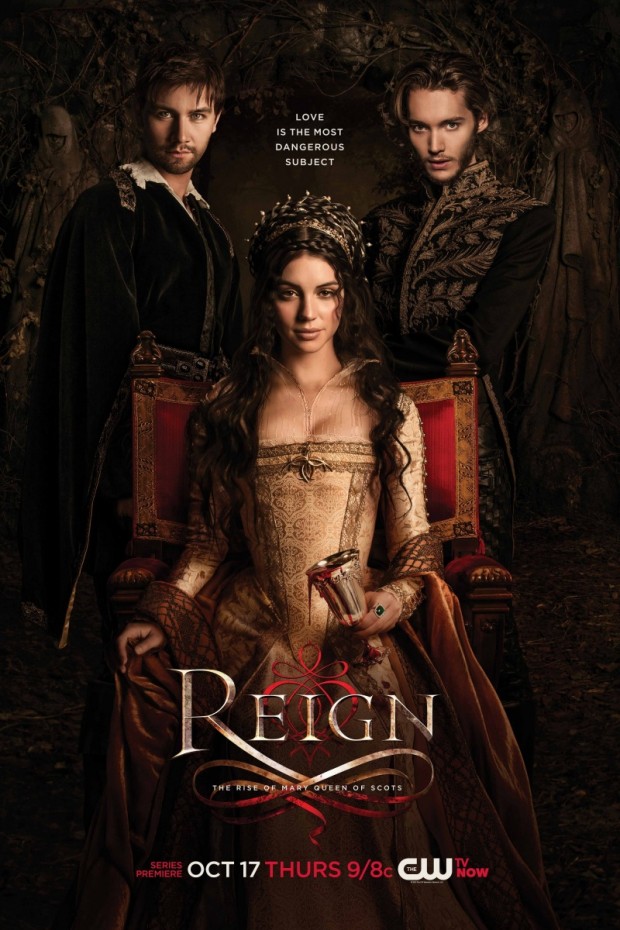