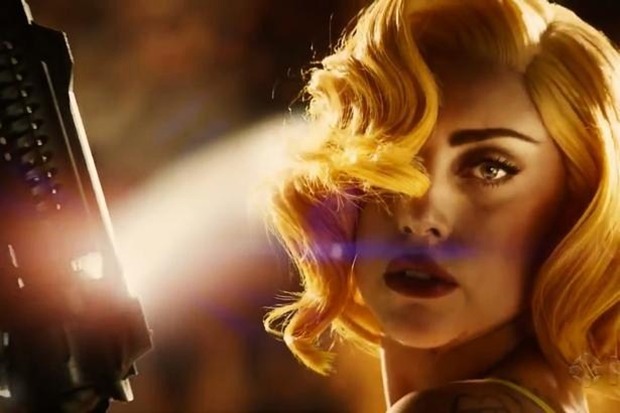 As we mentioned earlier today, Robert Rodriguez‘ action-packed thriller Machete Kills opens tomorrow, hope you’re excited? Good, ’cause we have another Machete-update for you! In celebration of Lady Gaga‘s big screen debut, check out this brand new lyric video to hear her new song “Aura” from her forthcoming album Artpop, available November 11th, and get an extended look at the movie!

We will once again remind you that the movie, written and directed by Rodriguez, follows the adventures of legendary secret agent Machete Cortez, played by Danny Trejo.

In his latest mission, he is recruited by the U.S. President, played by Carlos Estevez, to stop a crazed global terrorist aka Mel Gibson from starting a nuclear war.

With a bounty on his head, Machete faces death at every turn from an all-star cast of deadly assassins.

Let us know what you think about Lady Gaga‘s new song & stay tuned for more updates! 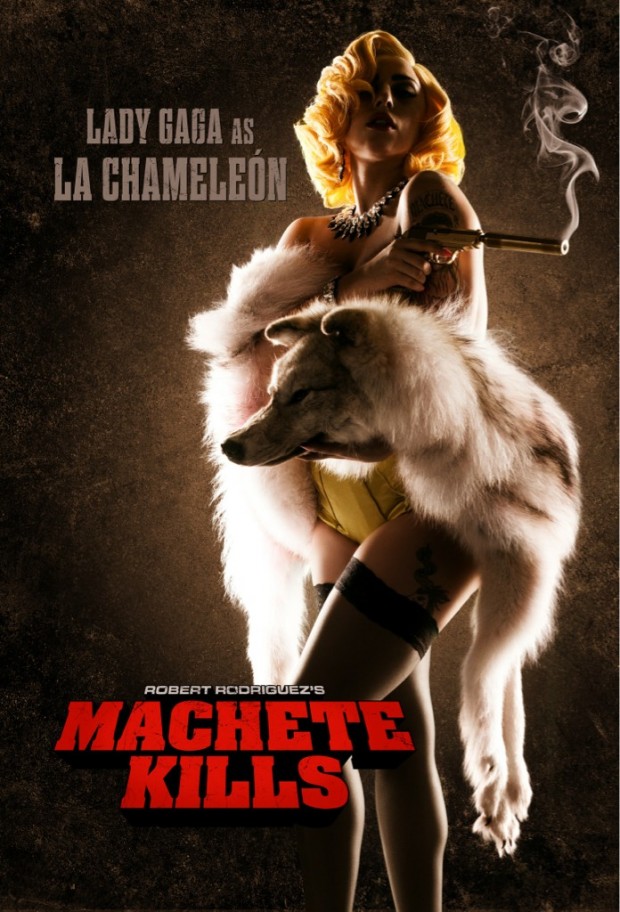