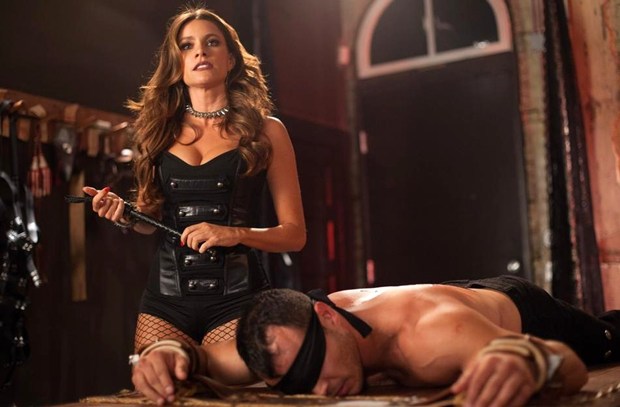 Let’s be honest – the very first clip from the upcoming Machete Kills movie is completely weird. Not just because it (like all those previously revealed trailers) centers on Sofia Vergara and her boobs, but because this time Madame Desdemona has a little gun… well, let’s just say – down there as well! Head inside to check her out… Written and directed by Robert Rodriguez, the movie stars Danny Trejo as as former Mexican police detective turned spy Machete, who (this time) has a quite difficult job – he must take down an arms dealer who looks to launch a weapon into space. In other words, he is recruited by the President of the United States, played by Charlie Sheen, for a mission which would be impossible for any mortal man. He must take down a madman revolutionary and an eccentric billionaire arms dealer, played by Mel Gibson, who has hatched a plan to spread war and anarchy across the planet. Also starring Michelle Rodriguez, Amber Heard, Lady Gaga, Antonio Banderas, Jessica Alba, Demián Bichir, Alexa Vega, Vanessa Hudgens, Cuba Gooding, Jr., William Sadler and Marko Zaror, Machete Kills is set to hit theaters on October 11th, 2013. Let us know what you think about the latest video & stay tuned for more updates! 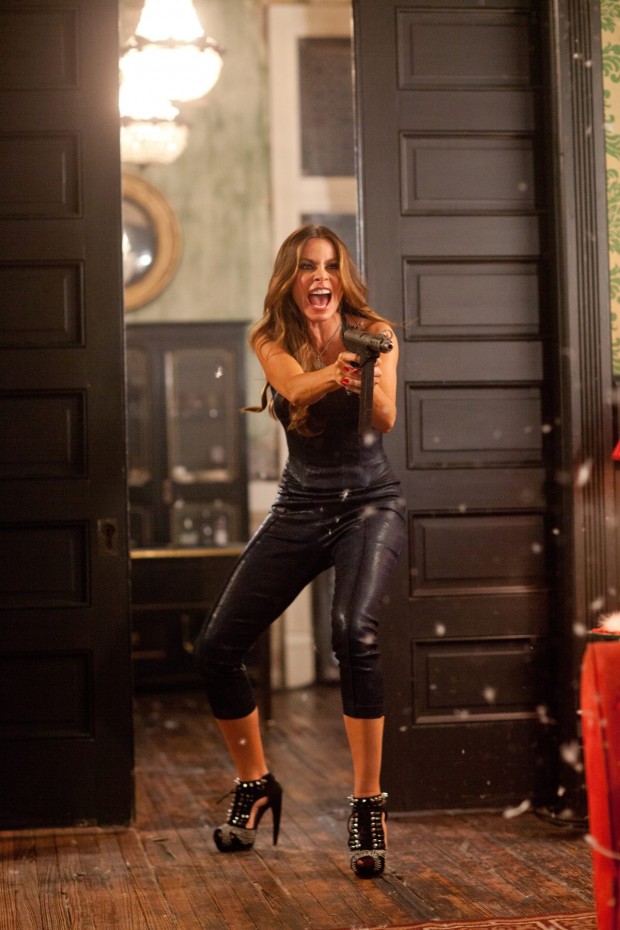