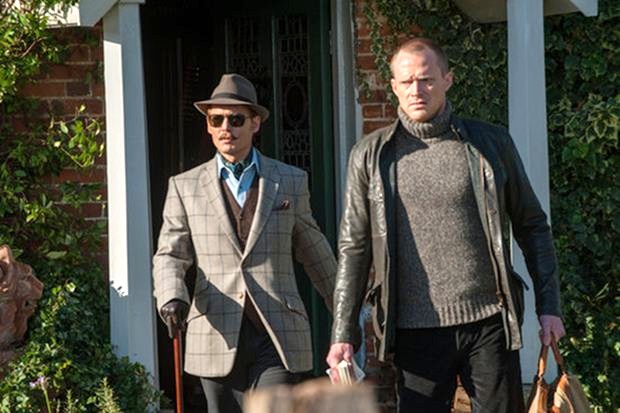 Here’s the first official image from David Koepp‘s upcoming Mortdecai movie, which stars Johnny Depp as an art dealer who searches for a stolen painting that is said to contain a secret code that gains access to hidden Nazi gold. Head inside to check him out & let us know what you think… Koepp directs the whole thing from a script written by Eric Aronson, which is based on Kyril Bonfiglioli‘s three-novel anthology The Great Mortdecai Moustache Mystery. It follows a debonair art dealer and part time rogue Charlie Mortdecai who:

…juggling some angry Russians, the British Mi5, his impossibly leggy wife and an international terrorist, must traverse the globe armed only with his good looks and special charm in a race to recover a stolen painting rumored to contain the code to a lost bank account filled with Nazi gold.