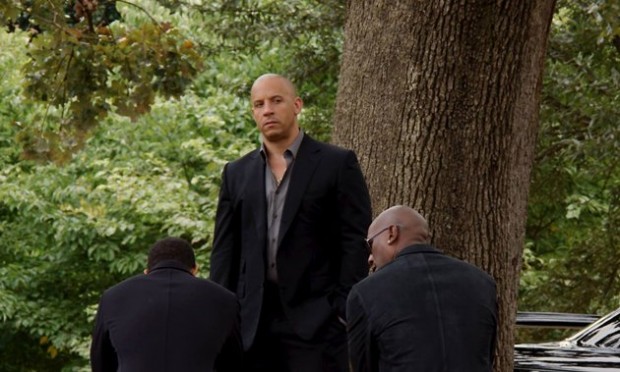 Production is now underway on James Wan‘s upcoming Fast & Furious 7 movie, so quite logically – Vin Diesel is back with another behind-the-scenes image. “A more somber moment in Our Saga”, says Diesel, which (probably) means that this pic is all about Han’s funeral. Head inside to take a better look & let us know what you think! Not much is known about the upcoming action-thriller, except that (beside Diesel), Paul Walker, Jason Statham, Tyrese Gibson, Tony Jaa, Kurt Russell, Djimon Hounsou, Lucas Black and Nathalie Emmanuel are officially on board for the whole thing. Wan directs the pic from a script written by Chris Morgan, and the movie is already set to hit theaters on July 11th, 2014. Fast & Furious 7 is said to return the action to Los Angeles, although the production is currently taking place in Atlanta. As for the plot, here’s what we have at this moment:

And, as for the latest image (click to enlarge) Diesel wrote:

The first week of filming has been both intense and surreal… P.s. One from set… a more somber moment in Our Saga…

In case you forgot, in the post-credits scene, taking place during the events of The Fast and The Furious: Tokyo Drift, Han’s death is revealed to have been caused by an unknown driver (Ian Shaw) played by Statham, who leaves Dom a threatening message and walks away. Anyway, hope we’ll soon have more updates to share, make sure you stay tuned! 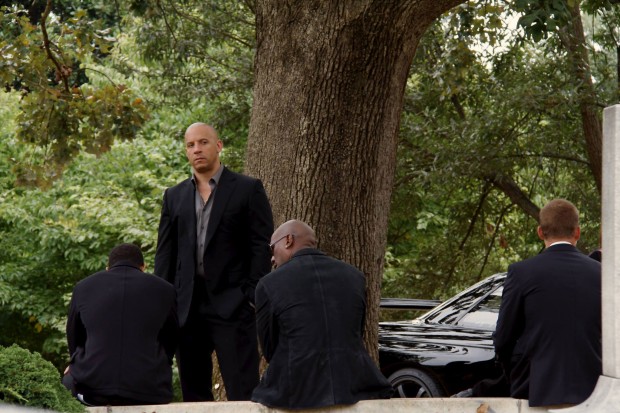