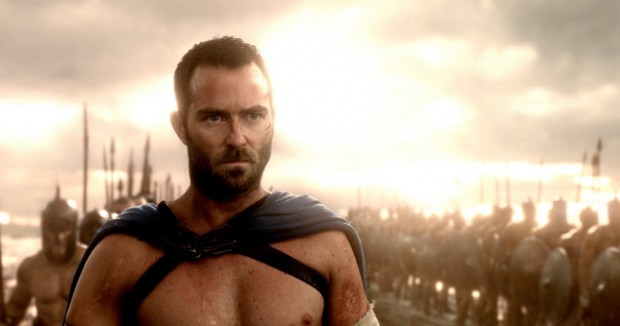 A few days ago Xerxes had a little warning for us, and now, Sullivan Stapleton reminds us that it’s time to seize (y)our glory! Yep, a brand new TV spot and another great banner for the upcoming 300: Rise Of An Empire have arrived just in time to remind us that Noam Murro‘s epic action opens in (less than) two months! Head inside to take a look…

So, when 300 fell, the war for an Empire began – that’s exatcly the thing with this action adventure which pits Greek general Themistokles against the massive invading Persian forces led by mortal-turned-god Xerxes and Artemesia.

Or, as we previously reported, the follow-up to the 2007 film, takes the action to a fresh battlefield, on the sea, and covers some of the backstory of Xerxes, and will explain how he became the God King.

As usual – click on the latest banner to enlarge & stay tuned for more updates!