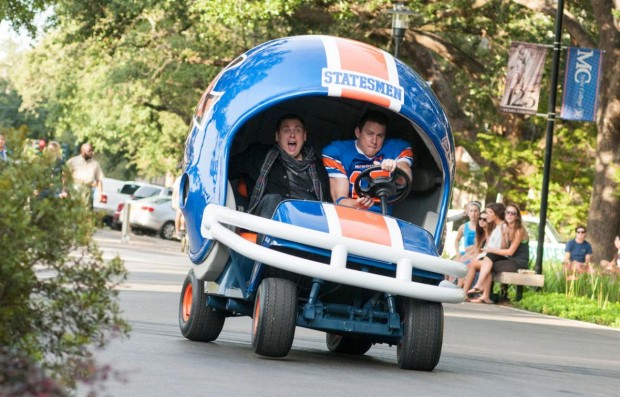 It looks that officers Schmidt and Jenko are more than ready to protect the law in their upcoming 22 Jump Street! Or, as you’re about to see from the very first image and an official poster for the movie – they’re not 21 anymore. Let’s cut the crap – head inside to take a much better look at Channing Tatum and Jonah Hill, and let us know what you think! So, as you already know (and had a chance to see from the green band and red band trailer) the movie is the sequel to the 2012 film 21 Jump Street, directed by Phil Lord and Chris Miller. It revolves around the above mentioned Schmidt and Jenko who, this time, go deep undercover at a local college to crack a crime ring within a fraternity. All that will change when:

…Jenko meets a kindred spirit on the football team and Schmidt infiltrates the bohemian art major scene, they begin to question their partnership. In addition to cracking the case, the two freshmen must figure out if they can have a mature relationship like real men.

Also starring Ice Cube, Amber Stevens and Craig Roberts, this hilarious comedy arrives in theaters on June 13th, 2014. As usual – click on the image & poster to enlarge and stay tuned for more updates! 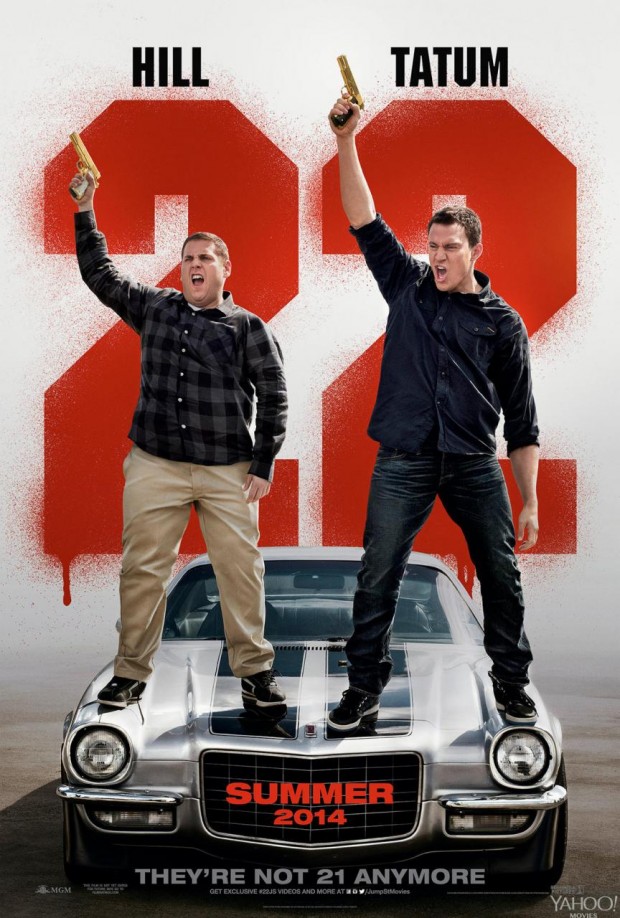