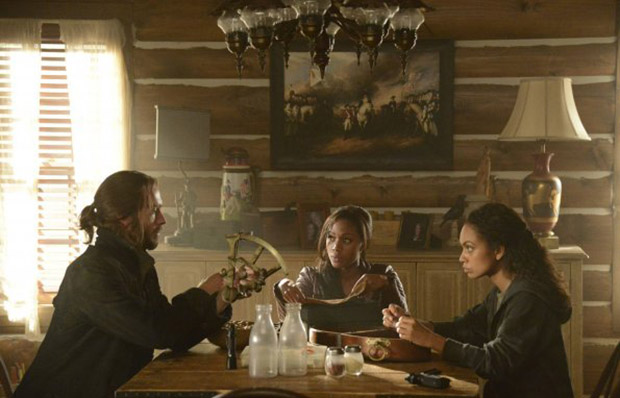 Here’s the official 1.04 The Lesser Key of Solomon synopsis:

Lt. Abbie Mills and Ichabod Crane search for Abbie’s estranged sister, Jenny (Lyndie Greenwood), who has escaped from a Sleepy Hollow psychiatric hospital. In a game-changing episode, which includes flashbacks to the real Boston Tea Party, Abbie and Ichabod discover more about the evil they are facing… and finally learn its name in the haunting.