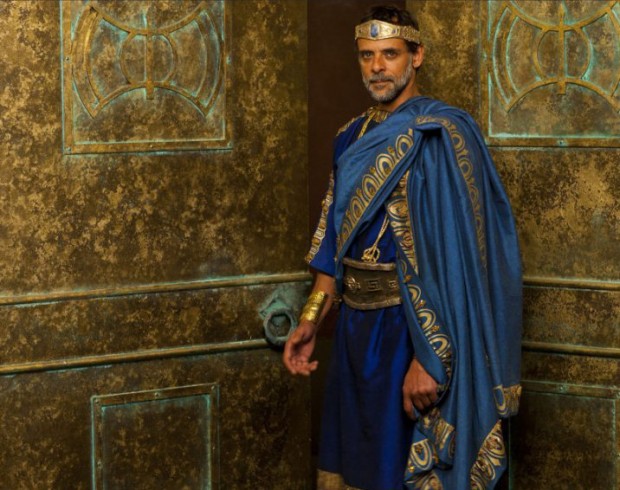 Atlantis teaser trailer for the third episode of BBC’s TV show titled The Boy Must Die has been released. Here’s the official synopsis for the episode:

Jason’s hasty actions have dire consequences for the trio as they are forced to compete in the parlous sport of bull-leaping. After crossing a young nobleman, Jason and his friends find themselves at the mercy of King Minos, who declares Poseidon will decide their fate: they are to become bull leapers. To survive they must jump the charging beast. With their lives on the line, it’s up to Jason to pull his motley team together in this ultimate test of bravery. But watching from the crowds is a dark force, who hopes to turn the favour of the gods against them.