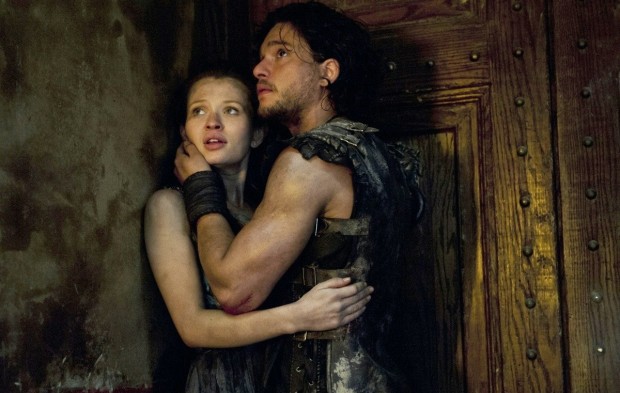 Here comes the very first TV spot for Paul W.S. Anderson‘s action adventure Pompeii, which is set to hit theaters next month. In addition to this action-packed video, we also have 10 more stills with Kit Harington and Emily Browning to share, hope you’ll enjoy. The legend awakens, and history’s greatest disaster is destined to return, take a look… In case you forgot, the movie follows Harington’s character Milo, a slave turned gladiator who finds himself in a race against time to save his true love, who has been betrothed to a corrupt Roman Senator. Beside Browning who stars as Cassia, the rest of the cast includes Kiefer Sutherland as Senator Corvis, Carrie-Anne Moss as Cassia’s mother, Adewale Akinnuoye-Agbaje as Bridgageous, Jessica Lucas as Ariadne, Paz Vega as Flavia and Joe Pingue as Graecus. Pompeii hits theaters on February 21st, 2014. Don’t forget to click on all these pics to enlarge & stay tuned for more updates!