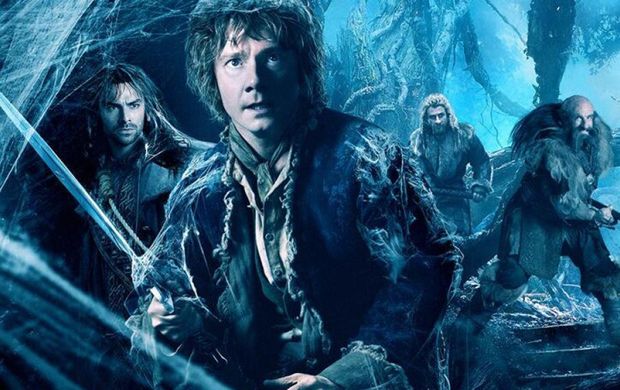 Check out the latest banner for the upcoming action adventure The Hobbit: The Desolation of Smaug, which is set to hit theaters this December. Pretty cool (and pretty blue) image with Bilbo Baggins and the dwarves, led by Thorin Oakenshield, so we definitely recommend you to check them out in the rest of this report… As usual, we will once again remind you that director Peter Jackson stands behind the second in a trilogy of films adapting the enduringly popular masterpiece The Hobbit, by J.R.R. Tolkien, which is set to hit theaters on December 13th, 2013. Beside Martin Freeman who plays the above mentioned Bilbo, the rest of the cast includes Ian McKellen, Richard Armitage, Benedict Cumberbatch, Cate Blanchett, Evangeline Lilly, Orlando Bloom, Luke Evans, Hugo Weaving, Andy Serkis, Christopher Lee and more. For those who may have missed the first teaser trailer: In case you forgot, the movie:

…continues the adventure of the title character Bilbo Baggins as he journeys with the Wizard Gandalf and thirteen Dwarves, led by Thorin Oakenshield on an epic quest to reclaim the lost Dwarf Kingdom of Erebor.

Make sure you click on the banner to enlarge & stay tuned for more updates!

PREVIOUS ARTICLE
24 AGENTS OF S.H.I.E.L.D. Photos from The Asset Episode 1.03
NEXT ARTICLE
New Poster For CHARLIE COUNTRYMAN Is All About Shia LaBeouf