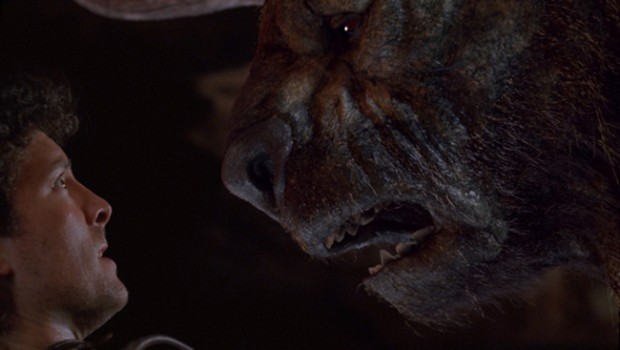 Check out an exclusive and great trailer for BBC’s Atlantis as well as a new photo. Jason (Jack Donnelly) is seen facing down mythic beast the Minotaur in the image from The Earth Bull episode airing tomorrow night, September 28, at 8.25pm on BBC One. Here’s the official synopsis: When Jason (Jack Donnelly) goes in search of his father he finds himself washed up on the shores of a mysterious land – a world of mythical creatures, soothsaying oracles and palaces so vast it is said they were built by giants: this is the city of Atlantis. But it seems the newcomer has chosen the wrong time to arrive in the fabled realm and Jason soon finds himself at the mercy of a deadly ritual, from which there can be no escape… The fantasy drama stars Mark Addy, Jemima Rooper, Juliet Stevenson, Sarah Parish, Robert Emms, Aiysha Hart and Jack Donnelly.
Category TV Series Tags :
AtlantisFeatured News

PREVIOUS ARTICLE
No Nuts No Glory: First Trailer For THE NUT JOB
NEXT ARTICLE
Check Out: First Poster For Christophe Gans’ BEAUTY AND THE BEAST