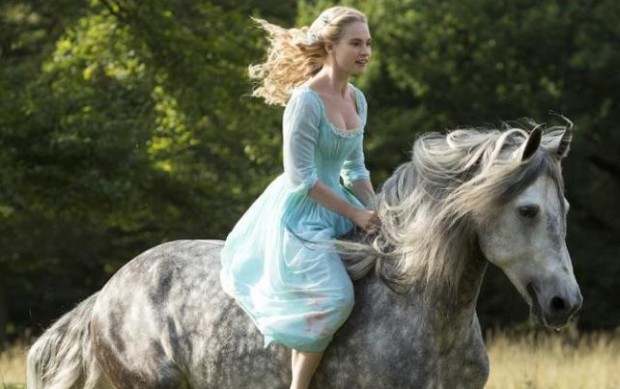 Good news for all Cinderella fans out there: Disney’s first-ever live action feature film is now in production, and we finally have the very first image and official synopsis to share with you! Directed by Kenneth Branagh and starring Lily James in the title role, the movie is inspired by the classic fairy tale, and as you’re about to see – it definitely looks promising. Head inside to take a better look at our favourite princess & let us know what you think! Kenneth Branagh directs the whole thing from a script written by Chris Weitz, and the movie already has a release date – it will be released through Walt Disney Studios Motion Pictures on March 13th, 2015. The timeless story of Cinderella dates back to 1697 when first created by Charles Perrault, although it truly came to life for millions all over the world in 1950 with Walt Disney’s celebrated animated feature. The movie follows the fortunes of young Ella whose merchant father remarries following the tragic death of her mother. Keen to support her loving father, she welcomes her new stepmother Lady Tremaine and her daughters Anastasia and Drisella into the family home. And here’s the rest of the story:

When Ella’s father suddenly and unexpectedly passes away, she finds herself at the mercy of a jealous and cruel new family. Finally relegated to nothing more than a servant girl covered in ashes, and spitefully renamed Cinderella, Ella could easily begin to lose hope. Yet, despite the cruelty inflicted upon her, Ella is determined to honor her mother’s dying words and to “have courage and be kind.” She will not give in to despair nor despise those who abuse her. And then there is the dashing stranger she meets in the woods. Unaware that he is really a prince, not merely an employee at the Palace, Ella finally feels she has met a kindred soul. It appears as if her fortunes may be about to change when the Palace sends out an open invitation for all maidens to attend a ball, raising Ella’s hopes of once again encountering the charming “Kit.” Alas, her stepmother forbids her to attend and callously rips apart her dress. But, as in all good fairy tales, help is at hand as a kindly beggar woman steps forward and, armed with a pumpkin and a few mice, changes Cinderella’s life forever.

Beside James, the rest of the cast includes Richard Madden as the Prince, Cate Blanchett as the infamous stepmother Lady Tremaine, Helena Bonham Carter as the Fairy Godmother, Derek Jacobi as the King, Holliday Grainger and Sophie McShera as Ella’s stepsisters Anastasia and Drisella, respectively, while Stellan Skarsgård and Nonso Anozie play the Arch Grand Duke and the Prince’s loyal friend, the Captain. Let us also add that Cinderella is produced by Simon Kinberg, Allison Shearmur and David Barron, and that production will take place at Pinewood Studios and locations throughout England. Don’t forget to click on this image to enlarge & make sure you stay tuned for more updates! 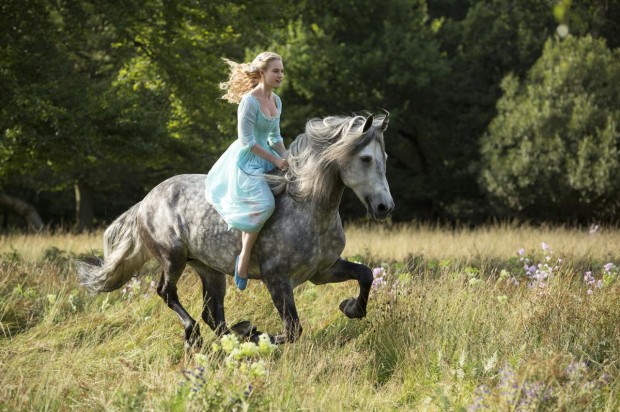