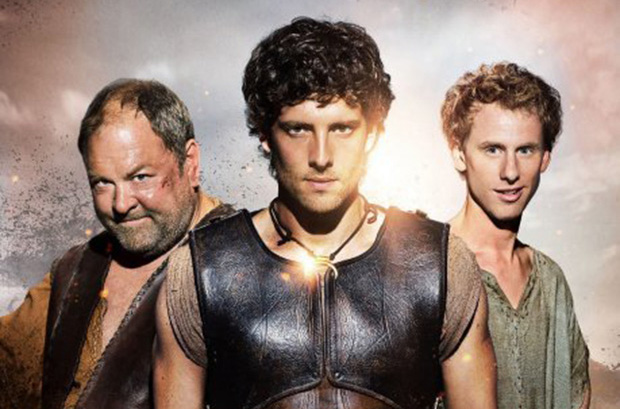 A teaser for the first episode of BBC’s Atlantis has been released. So, Jason begins the search for his father in this new sneak peek. Check it out. The action packed series brings to life the vast store of Greek myths and legends re-imagined for a new generation. From the creators (Julian Murphy (Merlin, Hex, Sugar Rush), Johnny Capps (Merlin, Hex, Sugar Rush) and BAFTA award winning Howard Overman (Merlin, Misfits, Dirk Gently). When Jason sets out to find his father, he could never have anticipated where his journey would lead… Far from home and desperate for answers, Jason washes up on the shores of an ancient land. A mysterious place; a world of bull leaping, of snake haired Goddesses and palaces so vast it was said they were built by giants – this is the city of Atlantis. But under the surface of this enticing place is a dark and simmering past, a complicated web of treachery and deceit, with which Jason himself seems inexplicably bound. He soon finds himself embroiled in a perilous game of politics and power from which there is no escape. Aided by the studious young Pythagoras and the overweight, overbearing Hercules, Jason embarks on a voyage of discovery and salvation which sees him brush shoulders with Medusa, come face to face with the Minotaur and even do battle with the dead. As the series’ progress, this unlikely but engaging trio will take us on a journey through the vast store of Greek myths and legends, which provide the bedrock of western literature. A treasure trove of extraordinary tales re-imagined in a thrilling and unexpected way for a new generation. The fantasy drama, is set to premiere Saturday, September 28, and it stars Mark Addy, Jemima Rooper, Juliet Stevenson, Sarah Parish, Robert Emms, Aiysha Hart and Jack Donnelly.
Category TV Series Tags :
Atlantis