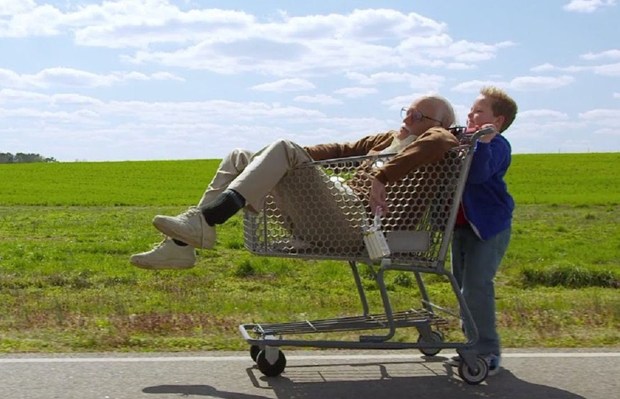 The first clip from Bad Grandpa (aka Jackass Presents: Bad Grandpa) has arrived! Yet another look at Johnny Knoxville, who (in case you forgot) plays that weird 86-year-old Irving Zisman who is on a journey across America with his 8 year-old grandson. Real people in unreal situations, remember? Head inside to check him out… Directed by Jeff Tremaine, this really messed up comedy follows Knoxville and his on-screen grandson Jackson Nicholl aka Billy who are, as we said, on the most insane hidden camera road trip ever captured on camera. In other words, Irving will introduce Billy to people, places and situations that give new meaning to the term childrearing – they will encounter male strippers, disgruntled child beauty pageant contestants, funeral home mourners, biker bar patrons and a whole lot of unsuspecting citizens. Also starring Bam Margera, Steve-O, Jason “Wee Man” Acuña, Chris Pontius, Preston Lacy, Dave England and Ehren McGhehey, and the movie is set to hit theaters on October 25th, 2013. Let us know what you think about the clip & stay tuned for more updates! 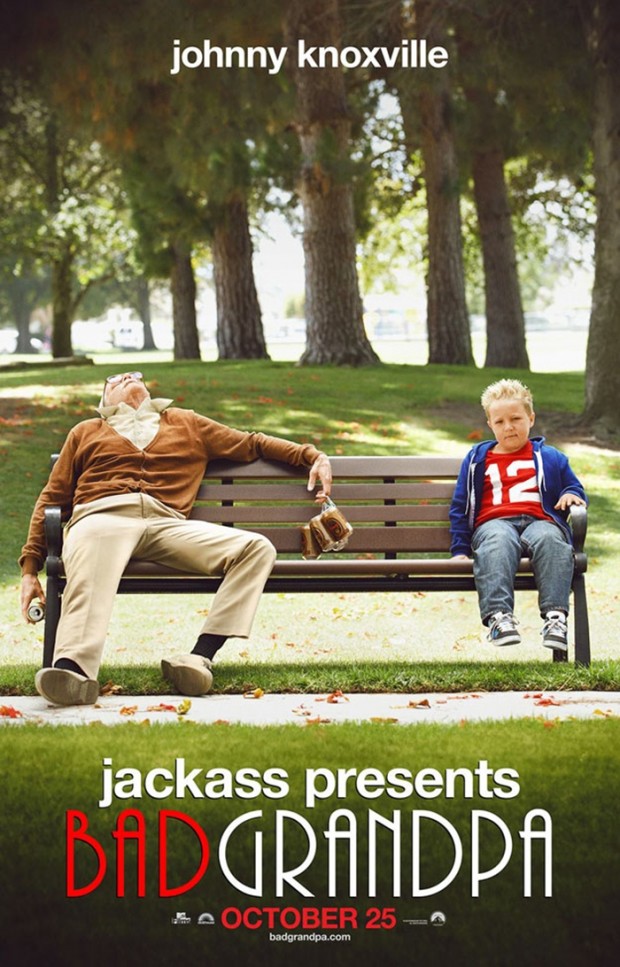