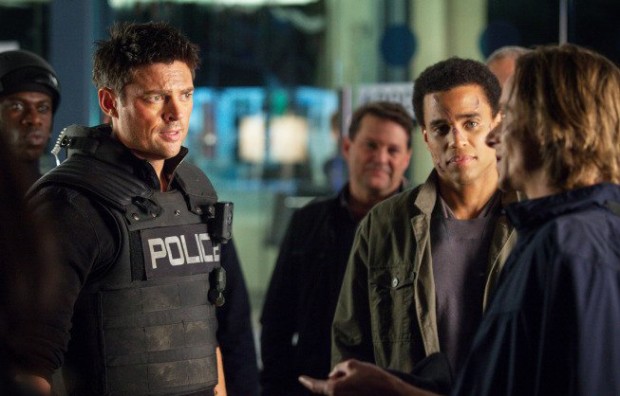 Take a look at some Almost Human photos from the next episode of the show titled The Bends. You can check out Almost Human teaser trailer as well.

An old cop friend of Detective Kennex’s (Karl Urban) goes undercover, posing as a “cook” of a highly addictive street drug called “The Bends.” But his cover is blown. As the scope of the intense drug investigation unfolds, a determined Kennex and Dorian (Michael Ealy) call on Rudy Lom (Mackenzie Crook) for assistance. 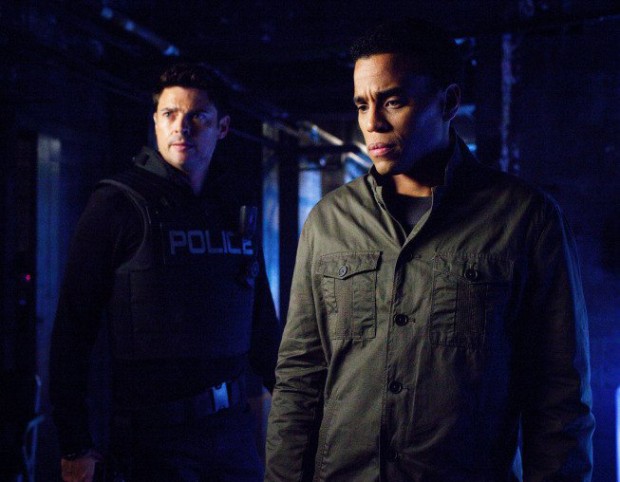 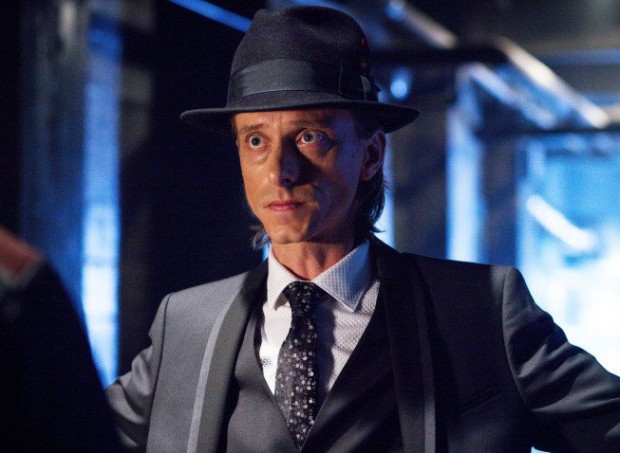 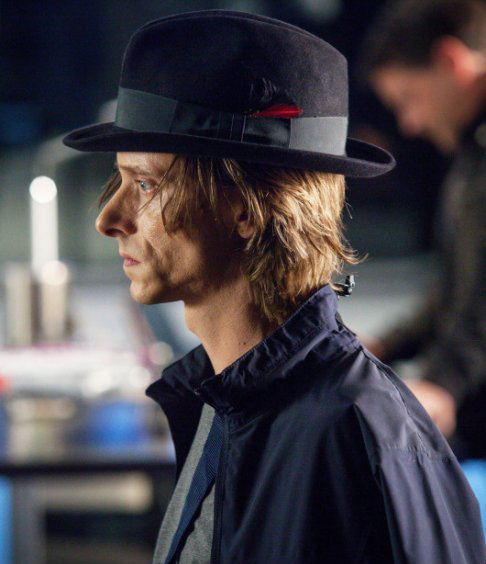 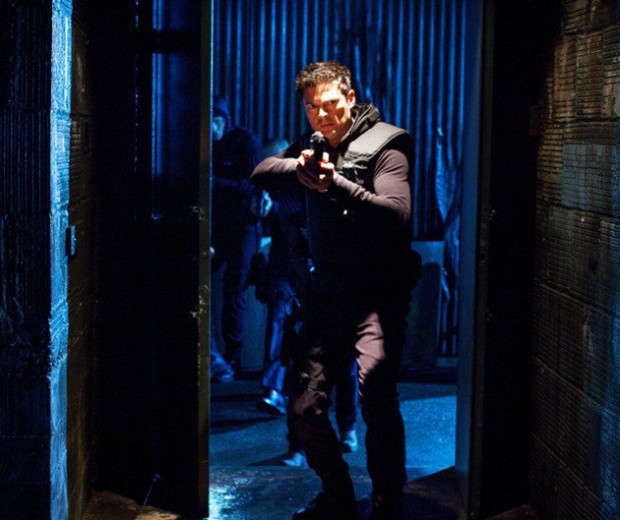 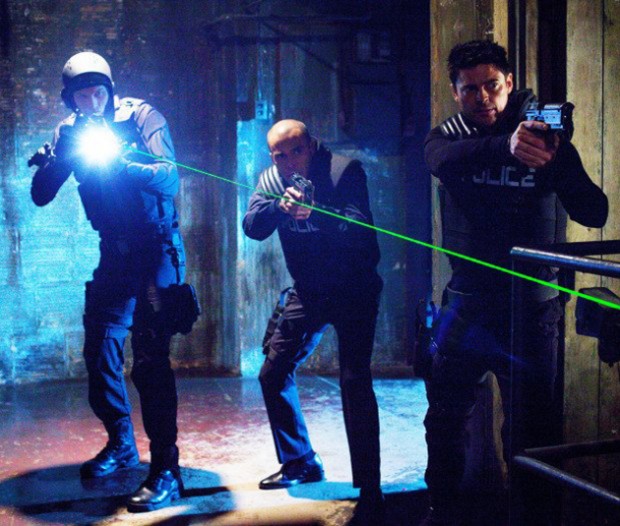