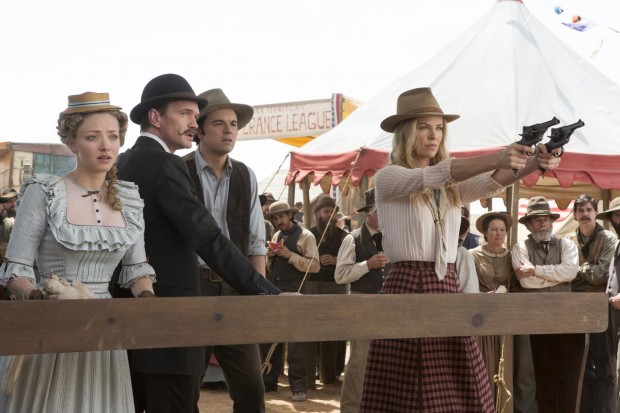 Following yesterday’s character posters for A Million Ways To Die In The West, we’re here to give you the very first (red band) trailer for Seth MacFarlane‘s upcoming western comedy. Say what you want, but this doesn’t look bad at all. And yes, we’re officially interested in that cowardly farmer and his adventures. Head inside to check him out… That sheep farmer is MacFarlane, aka Albert, who begins to fall for the mysterious new woman in town, portrayed by Charlize Theron. But first, he must put his newfound courage to the test when her husband, a notorious gun slinger, announces his arrival. Take a look: In case you want to read the official synopsis:

After Albert backs out of a gunfight, his fickle girlfriend leaves him for another man. When a mysterious and beautiful woman rides into town, she helps him find his courage and they begin to fall in love. But when her husband, a notorious outlaw, arrives seeking revenge, the farmer must put his newfound courage to the test.

Also starring Liam Neeson, Amanda Seyfried, Giovanni Ribisi, Sarah Silverman, and Neil Patrick Harris, the movie is set to hit theaters on May 30th, 2014. Click on all these images to enlarge & stay tuned for more updates! 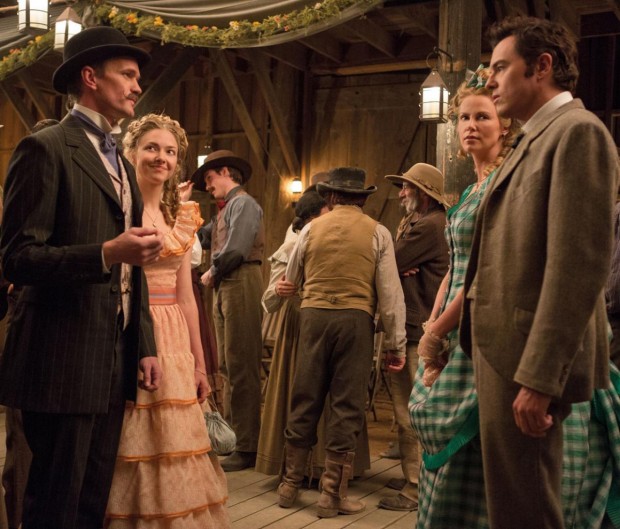