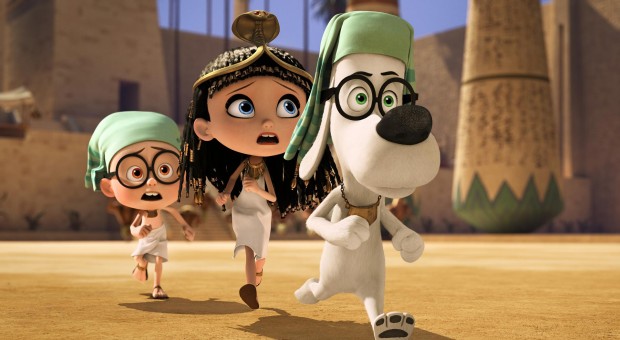 We showed you the first trailer and posters a few days ago, and now here’s two new international trailers for the upcoming animated film, Mr. Peabody & Sherman. The film is based on the 1960s segments Peabody’s Improbable History from the The Rocky & Bullwinkle Show. The film  is directed by Rob Minkoff (The Lion King), and features the voice talents of Ty Burrell as Mr. Peabody, Max Charles as Sherman, and Stephen Colbert as Paul Peterson. Here’s the official synopsis:

Mr. Peabody, the most accomplished dog in the world, and his mischievous boy Sherman, use their time machine – The Wabac – to go on the most outrageous adventures known to man or dog. But when Sherman takes The Wabac out for a joyride to impress his friend Penny, they accidently rip a hole in the universe, wreaking havoc on the most important events in world history. Before they forever alter the past, present and future, Mr. Peabody must come to their rescue, ultimately facing the most daunting challenge of any era: figuring out how to be a parent. Together, the time traveling trio will make their mark on history. 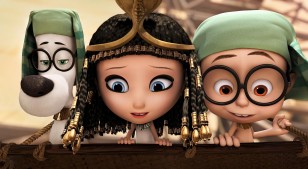 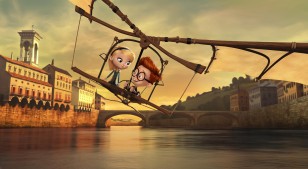 PREVIOUS ARTICLE
New THE HOBBIT: THE DESOLATION OF SMAUG Photos and Covers
NEXT ARTICLE
Must Watch: X-MEN: DAYS OF FUTURE PAST Trailer