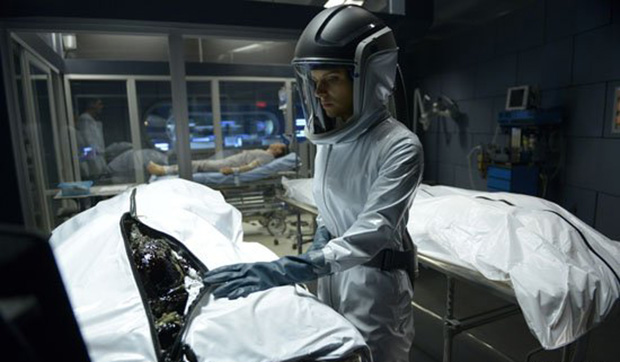 Syfy has announced the January 2014 premiere date for its new series Helix. So, two episodes of Helix will premiere, with limited commercial interruptions, on Friday, January 10 at 10/9c.

Helix is an intense thriller about a team of scientists from the Centers for Disease Control who travel to the high-tech research facility, Arctic BioSystems, to investigate a possible disease outbreak, only to find themselves pulled into a terrifying life-and-death struggle that may hold the key to mankind’s salvation or total annihilation. However, the lethal threat is just the tip of the iceberg, and as the virus evolves, the chilling truth begins to unravel.