A few months ago, we saw the first trailers and teasers for Helix featuring some weird black fluid. Now, it’s time for the first poster for the upcoming show. Ronald D. Moore‘s Helix follows a group of scientists in the Arctic whose mission is to investigate possible disease outbreaks. But as they make a breakthrough, these men and women of science learn that they may save the world or destroy it. Helix is an intense thriller about a team of scientists from the Centers for Disease Control who travel to a high-tech research facility in the Arctic to investigate a possible disease outbreak, only to find themselves pulled into a terrifying life-and-death struggle that holds the key to mankind’s salvation or total annihilation. However, the lethal threat is just the tip of the iceberg, and as the virus evolves, the chilling truth begins to unravel. Billy Campbell (The Killing, Killing Lincoln) stars as Dr. Alan Farragut, leader of the Centers for Disease Control outbreak field team called upon to investigate and control a potential “hot zone” at a remote Arctic research facility. Hiroyuki Sanada (The Wolverine, 47 Ronin) also stars as Dr. Hiroshi Hataki, director of the outpost and its mysterious viral research program. Helix also stars Kyra Zagorsky (Soldiers of the Apocalypse) as Dr. Julia Walker, Mark Ghanimé (Emily Owens, M.D.) as Major Sergio Balleseros, Jordan Hayes (House at the End of the Street) as Dr. Sarah Jordan, Meegwun Fairbrother as Daniel Aerov, Catherine Lemieux (White House Down) as Dr. Doreen Boyle and Neil Napier (Riddick) as Dr. Peter Farragut. Prolific director and producer Jeffrey Reiner is directing the premiere episode of Helix. Syfy thriller Helix premieres January 2014. 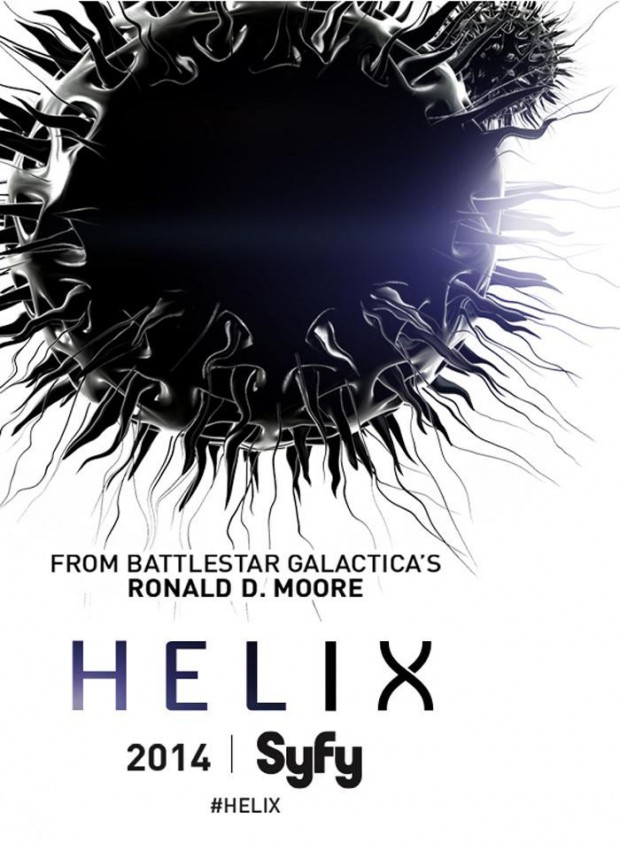