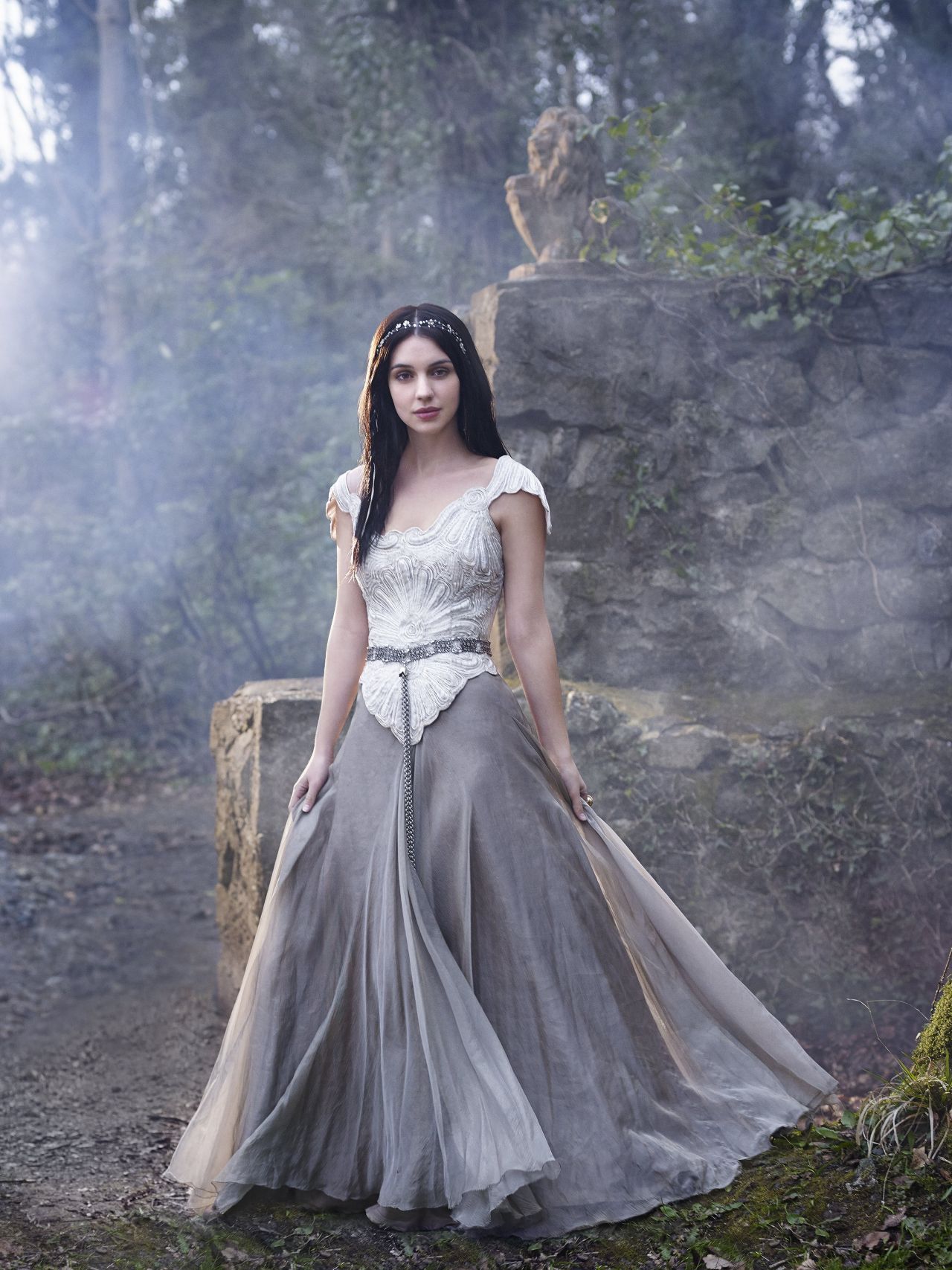 REIGN TV Series Summary Hidden between the lines of the history books is the story of Mary Stuart, the young woman the world would come to know as Mary, Queen of Scots. The teenage Mary is already a headstrong monarch ─ beautiful, passionate and poised at the very beginning of her tumultuous rise to power. Arriving in France with four close friends as her ladies-in-waiting, Mary has been sent to secure Scotland’s strategic alliance by formalizing her arranged engagement to the French king’s dashing son, Prince Francis. But the match isn’t signed and sealed, it depends more on politics, religion and secret agendas than affairs of the heart. Prince Francis is intrigued by the fiery Scot, but like most young men, he resists the idea of settling down into marriage, especially when he has a history with a lady of the court and his own point of view on the wisdom of an alliance with Scotland. Still, an attraction between Mary and Francis is ignited. Further complicating things is Bash, Francis’ handsome, roguish half-brother, who has a history of his own ─ despite his illegitimate birth, Bash is his father’s favorite. Though he is all too aware that Francis is the heir to the throne and Mary’s intended, Bash soon develops his own feelings for Mary. None of the intrigue at Court is lost on Francis’ mother, Queen Catherine. The strong-willed Queen is aware of Mary’s inflammatory effect on her son and his half-brother, just as she is aware of the dalliances of her husband, King Henry, not only with his mistress, but with other ladies of the Court, as well. For guidance, Queen Catherine turns to her trusted advisor, the seer Nostradamus, who terrifies the Queen with his prophecy that marriage to Mary will cost Francis his life. Catherine is determined to save her son, no matter how many others have to pay with their lives. As Mary learns for herself that fierce foes are conspiring to sabotage her marriage to Francis and even threaten her life, she becomes aware of other dark forces. There’s a mysterious presence in the castle; a shrouded figure who may become her unlikely ally. Villagers cope with the brutality of the times by trusting in magic and superstition. And in the dark woods surrounding the French Court lurk those who offer human sacrifice to a being who seems to require blood. With danger and sexual intrigue around every dark castle corner, Mary rallies her ladies-in-waiting – Greer, Kenna, Lola and Aylee – and steels herself, ready to rule the new land and balance the demands of her country and her heart. The series stars Adelaide Kane (“Teen Wolf”) as Mary, Toby Regbo (“One Day”) as Prince Francis, Torrance Coombs (“The Tudors”) as Bash, Megan Follows (“Anne of Green Gables”) as Queen Catherine, Alan Van Sprang (“The Tudors”) as King Henry, Celina Sinden (newcomer) as Greer, Caitlin Stasey (newcomer) as Kenna, Anna Popplewell (“The Chronicles of Narnia: The Voyage of the Dawn Treader”) as Lola, and Jenessa Grant (“Cyberbully”) as Aylee.