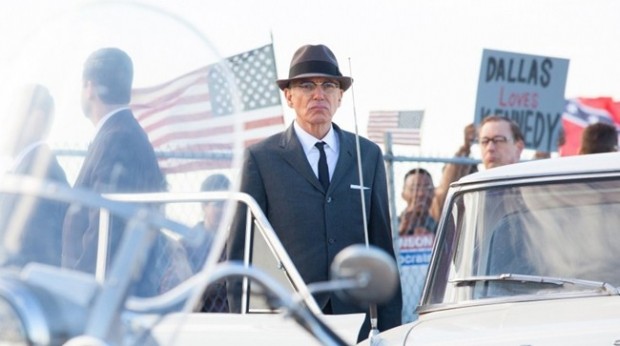 Here’s the latest clip from the upcoming JFK drama Parkland, which is set to hit theaters next month. This time, we have a much better look at Secret Service Agent Forrest Sorrels played by Billy Bob Thornton and Paul Giamatti who stars as Abraham Zapruder in the whole thing. Head inside to check them out, doesn’t look bad at all… Written and directed by Peter Landesman, the movie follows the chaotic events that occurred at Dallas’ Parkland Hospital on the day U.S. President John F. Kennedy was assassinated. The movie has an awesome cast on board which, beside the above mentioned names, includes Zac Efron, Marcia Gay Harden, Jacki Weaver, James Badge Dale, Jackie Earle Haley, Colin Hanks, David Harbour, Ron Livingston, Jeremy Strong and Tom Welling. Here’s the clip: And in case you’ve missed the official plot:

Recounting the chaotic events that occurred in Dallas, Texas on November 22, 1963, “Parkland” weaves together the perspectives of a handful of ordinary individuals suddenly thrust into extraordinary circumstances: the young doctors and nurses at Parkland Hospital; Dallas’ chief of the Secret Service; an unwitting cameraman who captured what became the most watched and examined film in history; the FBI agents who nearly had the gunman within their grasp; the brother of Lee Harvey Oswald, left to deal with his shattered family; and JFK’s security team, witnesses to both the president’s death and Vice President Lyndon Johnson’s rise to power over a nation whose innocence was forever altered.

Let us know what you think about the video and don’t forget – Parkland opens on October 4th, 2013. 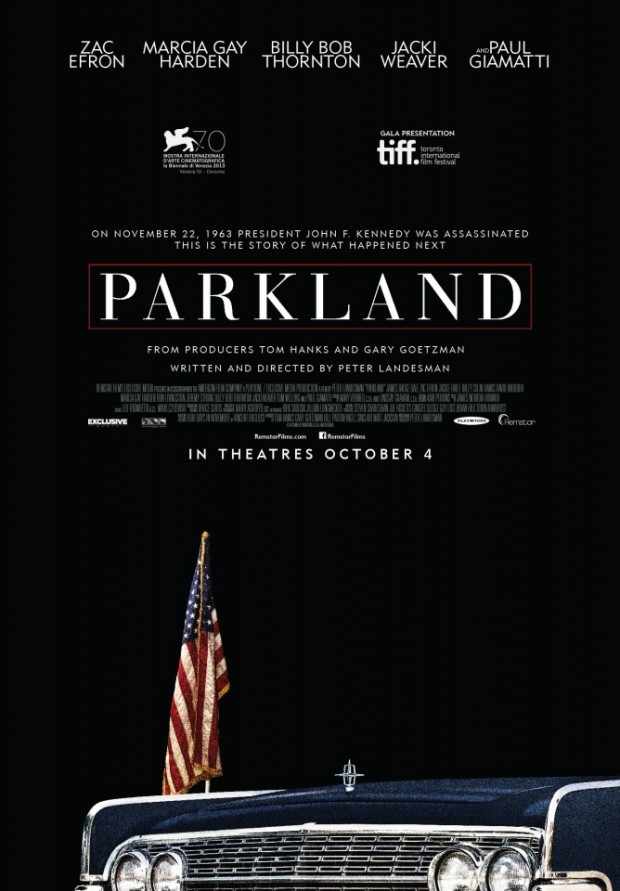