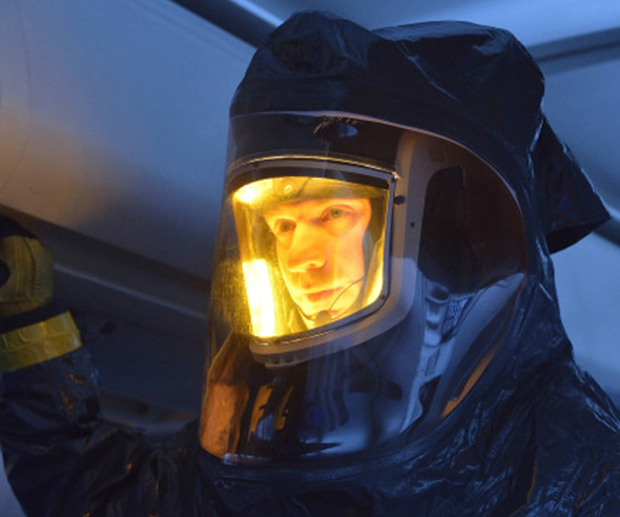 As you already know, the upcoming FX TV show, The Strain, is a vampire thriller based on the best-selling novels of director Guillermo del Toro and Chuck Hogan. With Del Toro’s TV version of The Strain set to begin airing in July, get ready to start seeing much more of the upcoming series. So, let’s get started. The Strain tells the story of Dr. Ephraim Goodweather, the head of the Centers for Disease Control Canary Team in New York City, investigating a plane that arrives at JFK airport and everyone on it appears to be dead. The plane turns out to be carrying a mysterious cargo which is this strain of vampirism that will spread through New York City and ultimately the world, while the Centers for Disease Control tries its darndest to get things under control. Now, you know that the image (below) shows us Mia Maestro as Nora Martinez who explores that plane. And that scene is taken directly from Del Toro and Hogan’s novel. 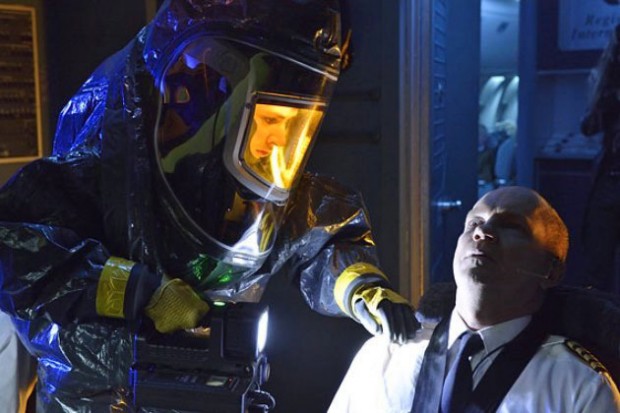 The Strain is a high concept thriller that tells the story of Dr. Ephraim Goodweather (Corey Stoll), the head of the Center for Disease Control Canary Team in New York City. He and his team are called upon to investigate a mysterious viral outbreak with hallmarks of an ancient and evil strain of vampirism. As the strain spreads, Eph, his team, and an assembly of everyday New Yorkers, wage war for the fate of humanity itself. 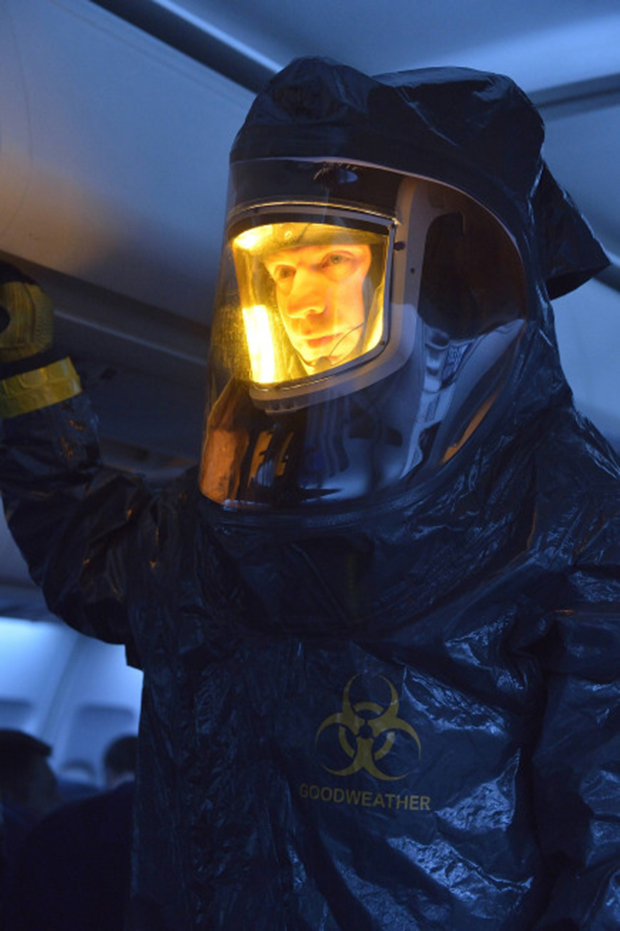