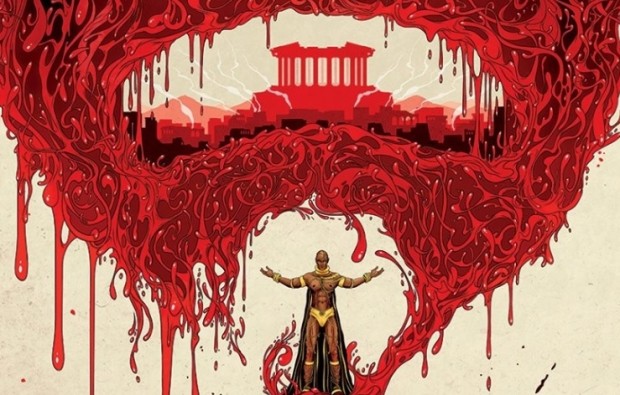 In case you decide to attend a special preview day that will showcase 13 minutes of footage from the upcoming 300: Rise Of An Empire, you will receive this great-looking Mondo poster as well! And, this update comes straight from Queen Gorgo aka Lena Headey, who has a little message for all of you. Head inside to read the official statement, and check out the latest poster for the movie… But first, let us remind you that Noam Murro‘s new chapter of the epic saga opens on March 7th, 2014, and takes the action to a fresh battlefield – on the sea. It follows Greek general Themistokles who, this time, must fight against the massive invading Persian forces led by mortal-turned-god Xerxes and Artemesia. The cast includes Sullivan Stapleton, Eva Green, Hans Matheson, David Wenham, Rodrigo Santoro, Igal Naor, Callan Mulvey, Jack O’Connell and Andrew Tiernan. And, of course – Lena Headey, who says:

I was thrilled to return to the role of Queen Gorgo in 300: Rise of an Empire, and I’m excited to announce this incredible opportunity for you to catch 13 minutes of never-before-seen footage from the upcoming film, followed by a special fan screening of the original 300 movie. We’ll also be giving away the exclusive Mondo poster shown below to everyone who attends the 300 fan event. Stay tuned for more info on specific locations, timing and how to score tickets to join the battle.

As usual – click on the poster to enlarge & let us know what you think! 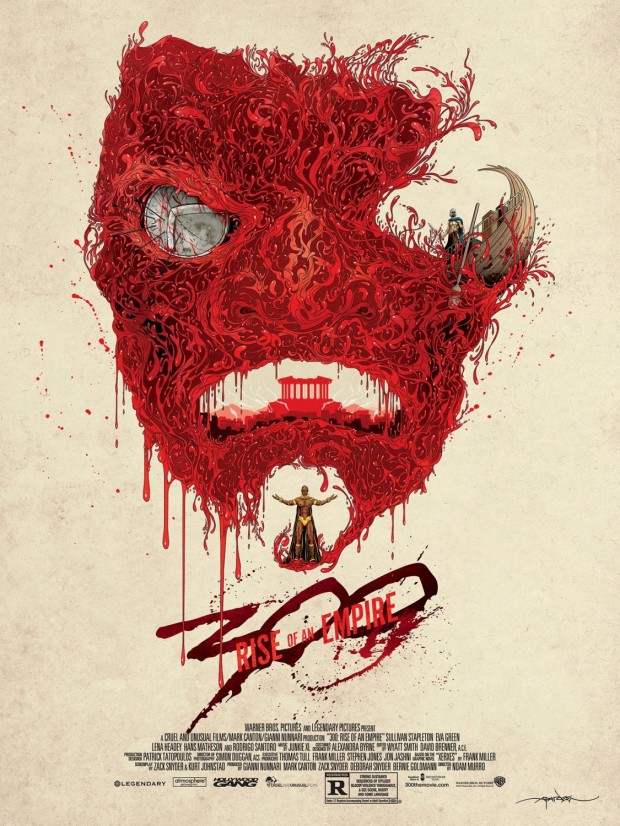