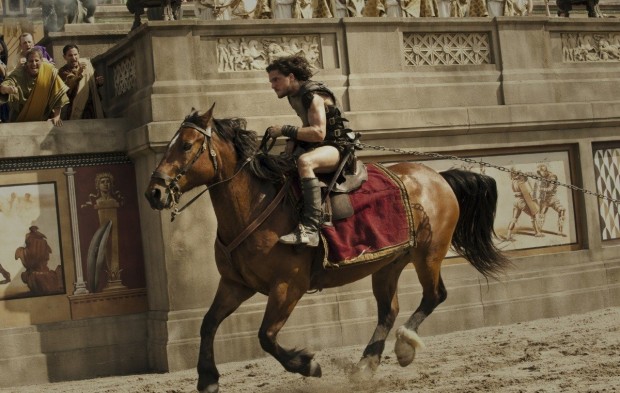 Yet another fighting clip from Paul W.S. Anderson‘s upcoming Pompeii has arrived just in time to remind you that this great-looking epic story hits theaters in… well, less than two weeks! Head inside to take a better look at Kit Harington‘s Milo and Adewale Akinnuoye-Agbaje‘s Atticus, it sure looks like a dangerous gladiatorial battle… So, in case you forgot, Harington plays a slave turned gladiator named Milo, who is in love with Cassia, but since she has been betrothed to a corrupt Roman Senator, he must fight to save his beloved as Pompeii crumbles around him. Also starring Carrie-Anne Moss, Emily Browning, Paz Vega, Jessica Lucas, Jared Harris and Kiefer Sutherland, the movie is set to hit theaters on February 21st, 2014. Here’s that very first clip from the movie, hope you’ll enjoy:
Category Movie Trailers Tags :
Pompeii