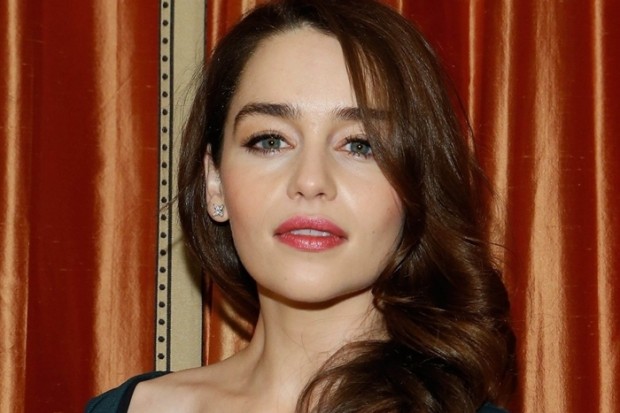 Game of Thrones star Emilia Clarke is officially on board to play the iconic Sarah Connor role in the upcoming Terminator reboot! Nothing to be surprised about, we all knew this was a “hotly contested” role that (eventually) came down to Clarke and Brie Larson, and, well… Clarke looks a bit like Linda Hamilton, don’t you think? But don’t get too excited, still nothing about the official plot. As we previously learned, Arnold Schwarzenegger is set to reprise his well-known role, and (according to the latest rumors) he’s this time assigned to protect the young Sarah, which means that movie will involve “a trip to the future”. Or something like that. And while we’re still here at the cast-part of the story, let us also add that Jason Clarke is (still) in negotiations to play Sarah’s son John Connor. In case you forgot, the movie is currently named Terminator: Genesis, it comes from director Alan Taylor and already has a release date – July 1st, 2015. Taylor will direct the pic from a script written by Laeta Kalorgridis and Patrick Lussier, and the first in a stand-alone trilogy Terminator will be produced by Megan Ellison and David Ellison, while Dana Goldberg and Paul Schwake will serve as executive producers. Hope we’ll soon have more updates to share, let us know what you think about this news & stay tuned!

PREVIOUS ARTICLE
New Trailer For A FANTASTIC FEAR OF EVERYTHING, Starring Simon Pegg
NEXT ARTICLE
More Footage Revealed In International Trailer For THE AMAZING SPIDER-MAN 2