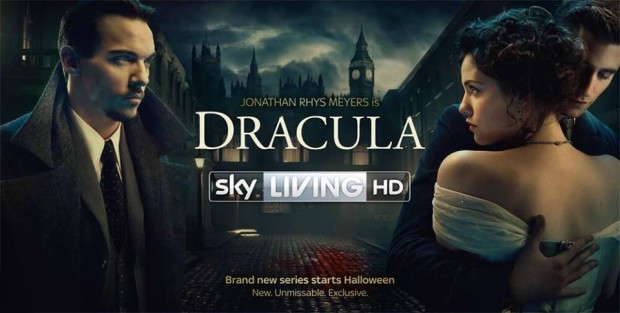 Take a look at Dracula behind the scenes video where Jonathan Rhys Meyers discusses the titular character in NBC’s TV Show, which premieres on Friday, October 25th. Series introduces Dracula as he arrives in London, posing as an American entrepreneur who maintains that he wants to bring modern science to Victorian society. In reality, he hopes to wreak revenge on the people who ruined his life centuries earlier. There’s only one circumstance that can potentially thwart his plan: Dracula falls hopelessly in love with a woman who seems to be a reincarnation of his dead wife. And here’s the official synopsis for the first episode titled The Blood is the Life:

New to England, Alan Grayson hosts a lavish party. He becomes fixated on Mina, a beautiful young woman who looks like his dead former love. Newly engaged to Mina, Harker grapples with worries over providing Mina the life she deserves.