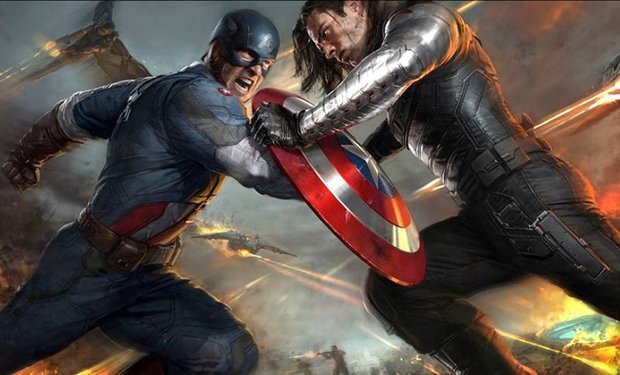 Yesterday, we shared one pretty cool poster for Marvel’s upcoming Captain America: The Winter Soldier, and now we’re back with the very first teaser trailer and two new stills from the whole thing! Head inside to find one short, (but action-packed) video, and take a better look at Steve Rogers and Nick Fury…

In case you forgot:

…the story picks up where Marvel’s The Avengers left off, as Steve Rogers struggles to embrace his role in the modern world and teams up with Natasha Romanoff, aka Black Widow, to battle a powerful yet shadowy enemy in present-day Washington, D.C.

As usual – click on these new images to enlarge, and don’t forget – the first (full) trailer arrives tomorrow, at 9 a.m. Pacific Time.