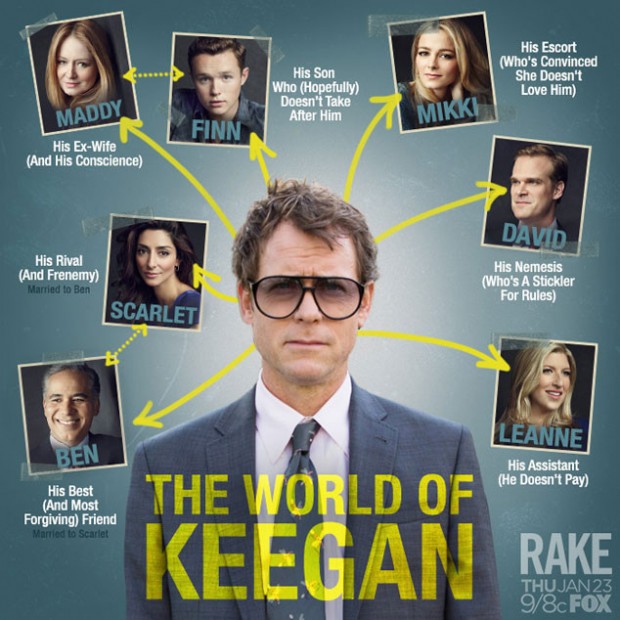 Here are 4 clips from Rake which introduce us to Keegan Deane (Greg Kinnear), a self-destructive criminal defense lawyer, and all the key people in his world.

Watch these clips and meet Keegan’s rival Scarlet (Necar Zadegan), who happens to be married to Ben (John Ortiz), his best friend. Then, his ex-wife Maddy (Miranda Otto), who acts as his conscience, and Finn (Ian Colletti), his son.

Keegan’s world isn’t complete without Melissa Mikki Partridge (Bojana Novakovic), the escort who may or may not be in love with him and his unpaid assistant, Leanne (Tara Summers).

And here’s the official synopsis for the first episode of Rake:

Greg Kinnear as Keegan Deane is a brilliant criminal defense attorney whose chaotic and self-destructive personal life often gets in the way of his professional one. In the series premiere, as payment for a late night poker win, Keegan agrees to enter a guilty plea for confessed serial killer Jack Tarrant (guest star Peter Stormare), expecting to garner a quick burst of publicity for himself off of the case. When Tarrant accuses Los Angeles Chief of Police Bernie Michaels (guest star Bill Smitrovich) of writing all of his confessional testimonies for him, it is up to Keegan to figure out which party is telling the truth, pitting Keegan against the Mayor of Los Angeles, a situation with serious repercussions, personally and professionally. Meanwhile, Keegan receives payment from a client in the form of a Pacific Bluefin tuna worth 15 thousand dollars. All he has to do is get the fish to a local sushi restaurant and have them pay him so he can then pay his bookie a portion of his gambling debt. 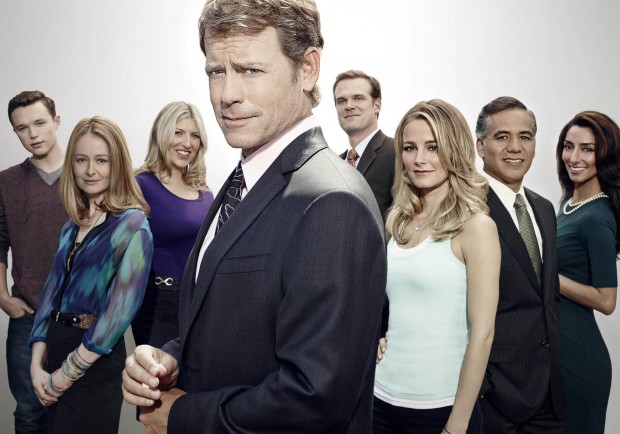