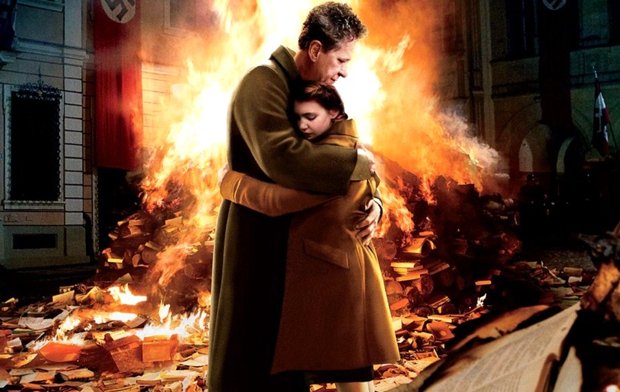 Another beautiful poster for Brian Percival‘s upcoming war drama The Book Thief has arrived jut in time to remind us all that… well, that courage hides beyond words! Starring Sophie Nélisse, the movie will tell us the story of a young girl who (in Nazi Germany) finds solace by stealing books and sharing them with others. Head inside to check her out… Percival directed the movie from a script written by Michael Petroni, which is based on the novel of the same name by Markus Zusak. It is set set in Nazi Germany, and follows a young girl named Liesel and her relationship with her foster parents, the other residents of their neighborhood, and a Jewish fist-fighter who hides in her home during the escalation of World War II. Here’s what it looks like: Beside Nelisse, the rest of The Book Thief cast includes Geoffrey Rush, Emily Watson and Ben Schnetzer, and the movie is set to hit theaters on November 8th, 2013. Let us know what you think about the new poster (click to enlarge!) & stay tuned for more updates! 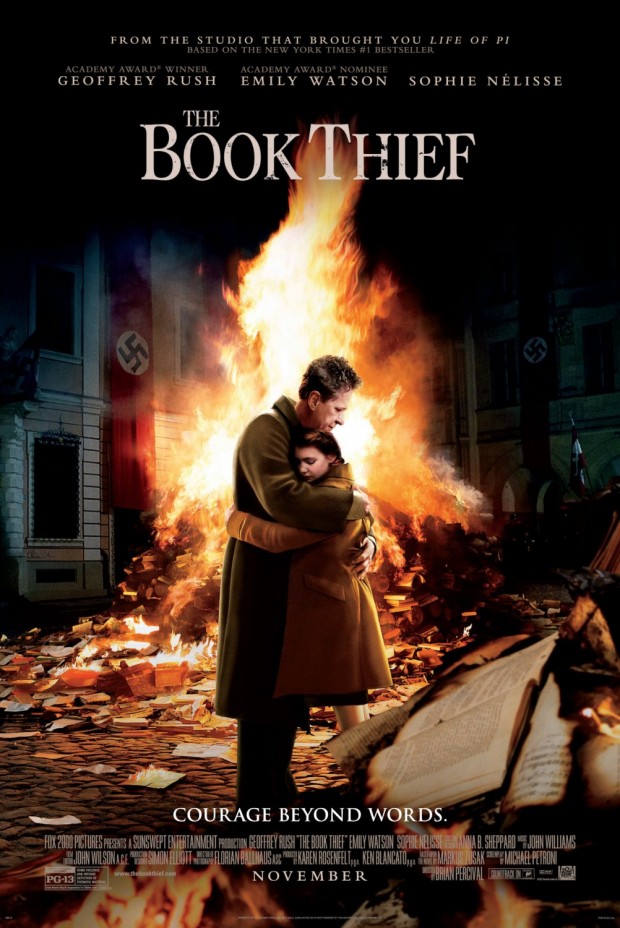 PREVIOUS ARTICLE
Watch: New Trailer For George Clooney’s THE MONUMENTS MEN
NEXT ARTICLE
New TV Spot For THE HOBBIT: THE DESOLATION OF SMAUG