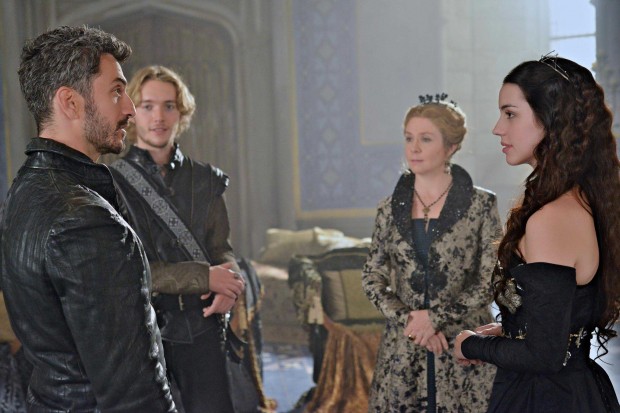 Check out Reign teaser trailer and photos from the next episode of the show, which is titled Left Behind. Mary (Adelaide Kane) and Francis (Toby Regbo) are forced to rely on one another when the castle is taken hostage, and Catherine (Megan Follows) shocks everyone when she makes a surprising proposal to try to save their lives. Meanwhile, Bash’s mother Diane (Anna Walton) tells Bash (Torrance Coombs) of her plan to have him legitimized. Alan Van Sprang, Caitlin Stasey, Jenessa Grant, Anna Popplewell and Celina Sinden also star. 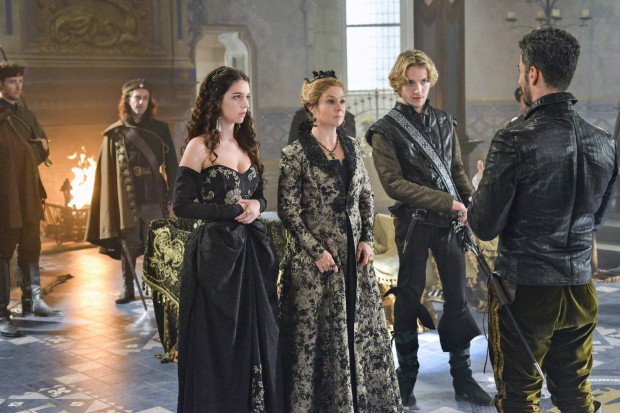 PREVIOUS ARTICLE
SCANDAL Teaser Trailers for Vermont is for Lovers, Too 3.08
NEXT ARTICLE
THE WOLF OF WALL STREET Reveals First Clip