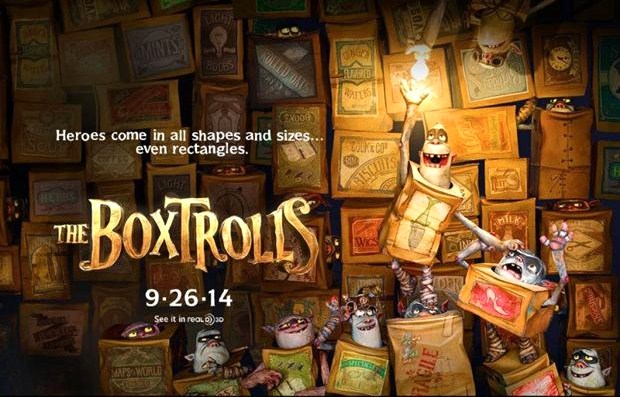 This brand new trailer for LAIKA’s new 3D stop-motion and CG hybrid animated feature The Boxtrolls has arrived just in time to remind us that – heroes come in all shapes and sizes. Yep, even rectangles! Head inside to check these cuties, and let us know what you think about the video… Directed by Anthony Stacchi and Graham Annable, the film tells the story of an orphaned boy named Eggs, voiced by Isaac Hempstead-Wright, who was raised by underground cave-dwelling trash collectors called the Boxtrolls. Those collectors are targeted by an evil exterminator named Archibald Snatcher, voiced by Ben Kingsley, and Eggs has to save his friends from that evil exterminator. Here’s what it looks like: And in case you want more details:

A comedic fable unfolds in Cheesebridge, a posh Victorian-era town obsessed with wealth, class, and the stinkiest of fine cheeses. Beneath its charming cobblestone streets dwell the Boxtrolls, foul monsters who crawl out of the sewers at night and steal what the townspeople hold most dear: their children and their cheeses. At least, that’s the legend residents have always believed. In truth, the Boxtrolls are an underground cavern-dwelling community of quirky and lovable oddballs who wear recycled cardboard boxes the way turtles wear their shells. The Boxtrolls have raised an orphaned human boy, Eggs, since infancy as one of their dumpster-diving and mechanical junk-collecting own. When the Boxtrolls are targeted by villainous pest exterminator Archibald Snatcher, who is bent on eradicating them as his ticket to Cheesebridge society, the kindhearted band of tinkerers must turn to their adopted charge and adventurous rich girl Winnie to bridge two worlds amidst the winds of change – and cheese. 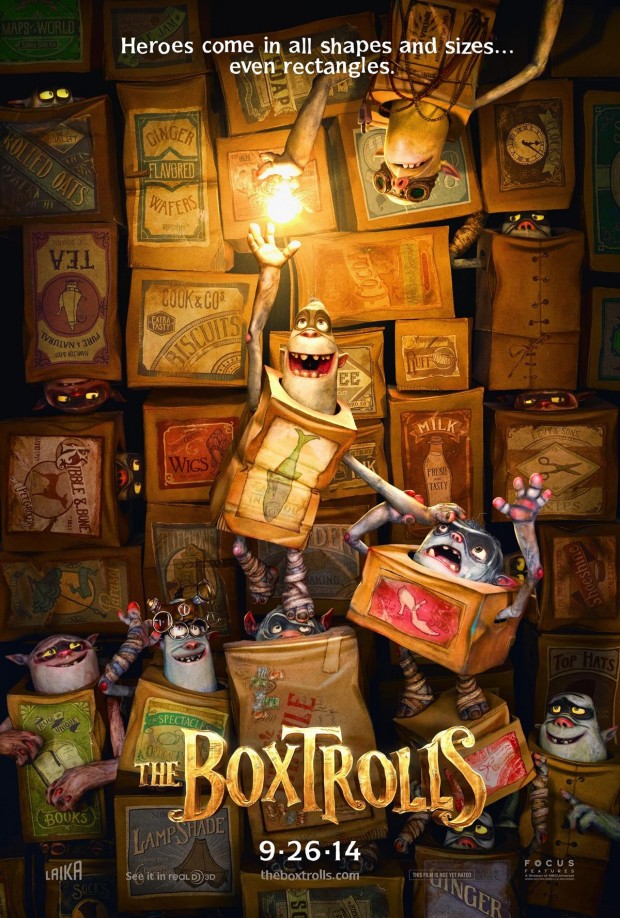 PREVIOUS ARTICLE
New Trailer For HERCULES: THE LEGEND BEGINS, Starring Kellan Lutz
NEXT ARTICLE
Ashley Greene and Anton Yelchin on the Set of BURYNG THE EX