Here’s the latest (and great-looking) poster for Keanu Reeves‘ directorial debut Man Of Tai Chi, which is set to hit theaters next month. Described as a spectacular martial-arts epic, the movie stars former Matrix stuntman Tiger Chen as a young martial artist whose unparalleled Tai Chi skills land him in a highly lucrative underworld fight club. No rules, no mercy, pure fighting – head inside to check him out… We will once again remind you that Reeves directed the whole thing from a script written by Michael G. Cooney, which follows a quiet delivery man named Linhu, recruited to take part in illegal, no-holds-barred fights. There, financial rewards can be dizzyingly high, often at the cost of one’s soul, and in case you forgot what it looks like, here’s the latest international trailer: For those who may have missed the rest of the plot:

Linhu lives in a Beijing tenement block. When not working, he studies English and practices a form of tai chi called Ling Kong, which means “Empty your spirit.” Everything changes when Linhu receives an offer from a mysterious businessman, Donaka Mark, to compete in an underground fight club. Initially Linhu turns Donaka down, until he realizes how his earnings could rescue his tai chi master’s dilapidated temple from being demolished. But success as a fighter — fuelled by his deeply traditional, disciplined mode of martial art — brings out a savage side in Linhu. The film’s real battle becomes an internal one, between Linhu’s pacifist principles and his violent impulses.

Also starring Karen Mok, Simon Yam and Michael Chan, Man of Tai Chi is set to hit theaters on November 1st, 2013. Don’t forget to click on the poster to enlarge & let us know what you think! 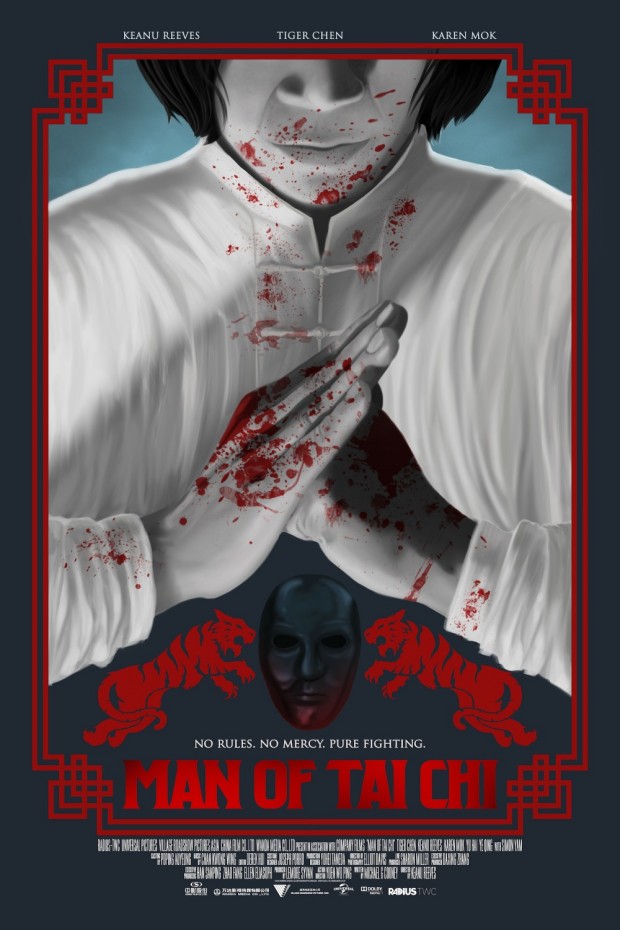