Check out this pretty cool trailer and three new posters for the upcoming horror thriller Hellbenders, which is set to hit (limited) theaters this month. Written and directed by J. T. Petty, the movie follows a team of lewd and blasphemous ministers who live in a constant state of debauchery in order to be damnation-ready so they can drag the worst of demons back to Hell. Head inside to see what it looks like… Starring Clancy Brown, Dan Fogler, Clifton Collins Jr., Andrew Royo and Samantha Buck, the movie revolves around the Order of Hellbound Saints, a highly secretive and profoundly blasphemous men of God, as they battle demonic forces too terrible to be cast out by traditional Vatican-approved methods. Some demons so terrible that no mortal man of God could successfully drive them back to Hell, take a look: And here’s the rest of the story:

The only option is for the exorcist himself to invite possession and then commit suicide, dragging along the demon to damnation – so the Augustine Interfaith Order of Hellbound Saints – or Hellbenders – was formed. A group of elite, highly-trained exorcists, they live in a constant state of debauchery so they will be ready to go to Hell at any moment. When an infernal Norse demon called ‘Black Surtr’ escapes into New York City intent on cracking open the gates of Hell, the Hellbenders must use every ounce of their debauchery to battle the demon and save the planet from eternal damnation!

As usual, you will have to click on all these posters to enlarge, and as we said at the beginnig, Hellbenders is set to hit limited theaters on October 18th, 2013. 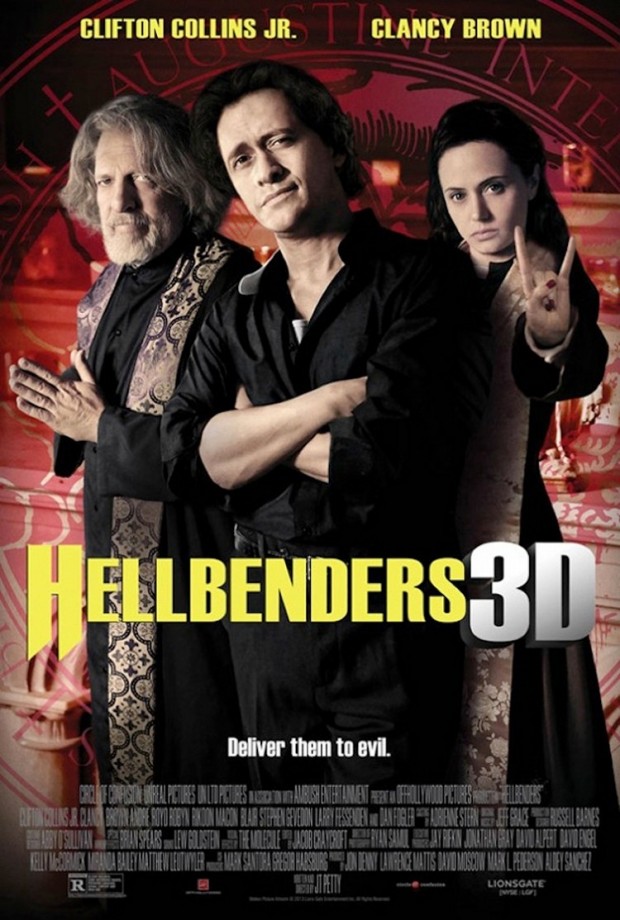 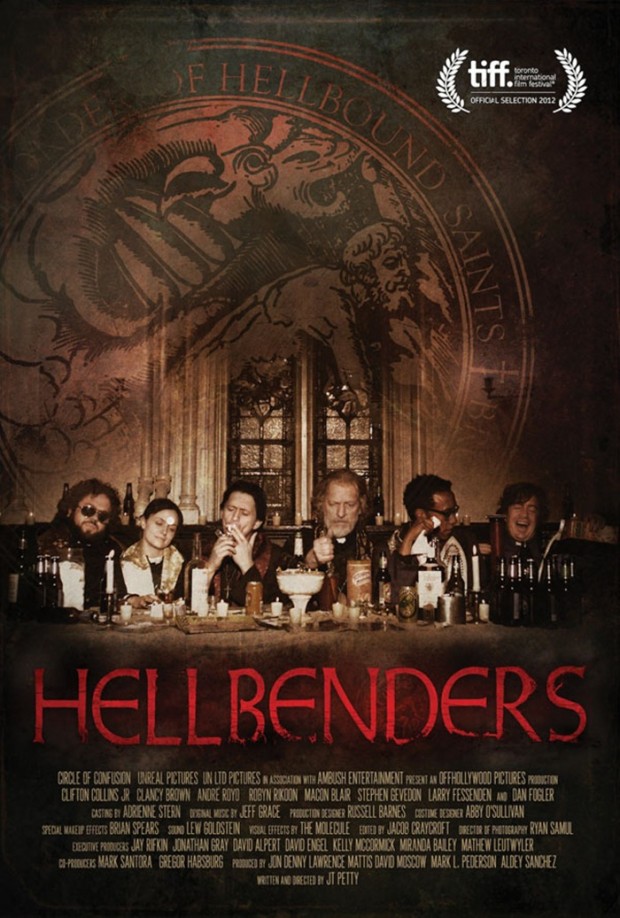 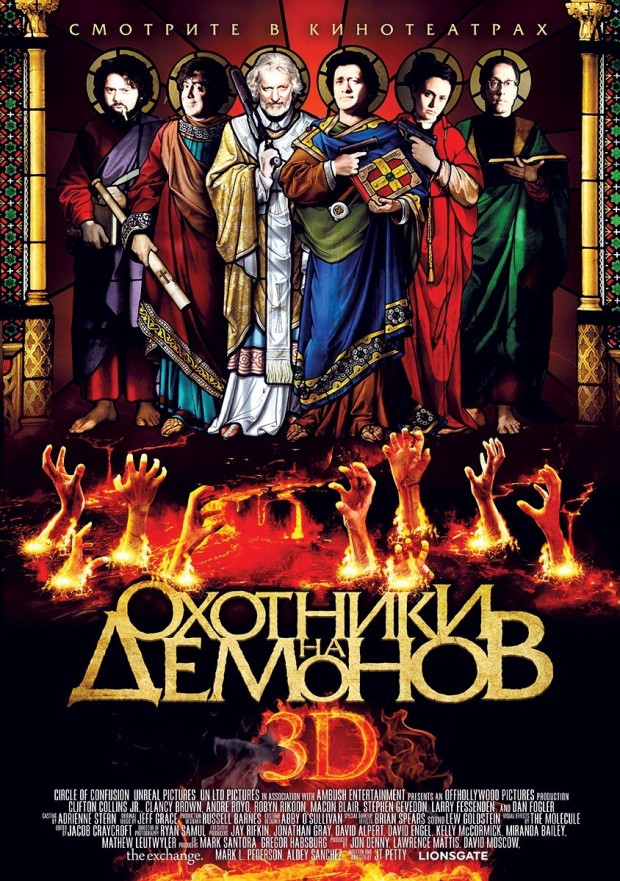