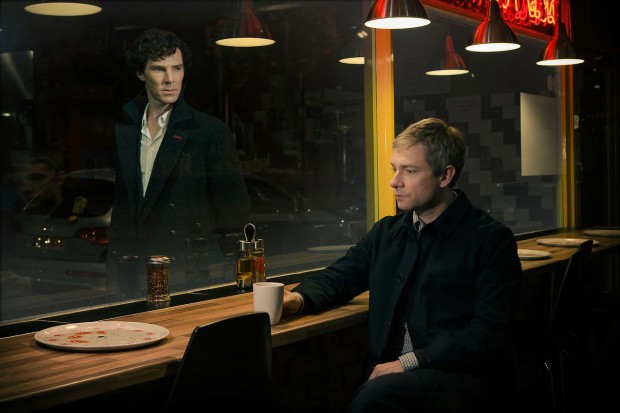 After a few teasers, the first full trailer for BBC’s drama Sherlock has debuted. So, Sherlock returns to London where he wants to surprise Watson at Baker Street. Oh, John doesn’t live at Baker Street anymore? How dare he to have a life without Sherlock? Watson, who watched the fake suicide attempt, have some questions for his friend after two years. Ok, enough! (in case you’re still reading this)…just watch the trailer!

In episode one of this new series, two years after the devastating effects of The Reichenbach Fall, Dr John Watson has got on with his life. New horizons, romance and a comforting domestic future beckon. But, with London under threat of a huge terrorist attack, Sherlock Holmes is about to rise from the grave with all the theatricality that comes so naturally to him. It’s what his best friend wanted more than anything, but for John Watson it might well be a case of ‘be careful what you wish for’! If Sherlock thinks everything will be just as he left it though, he’s in for a very big surprise…